Two of the leading names on the German deep house scene come to Cairo for one of the most unique shows you'll see this year.
by SceneNoise Team 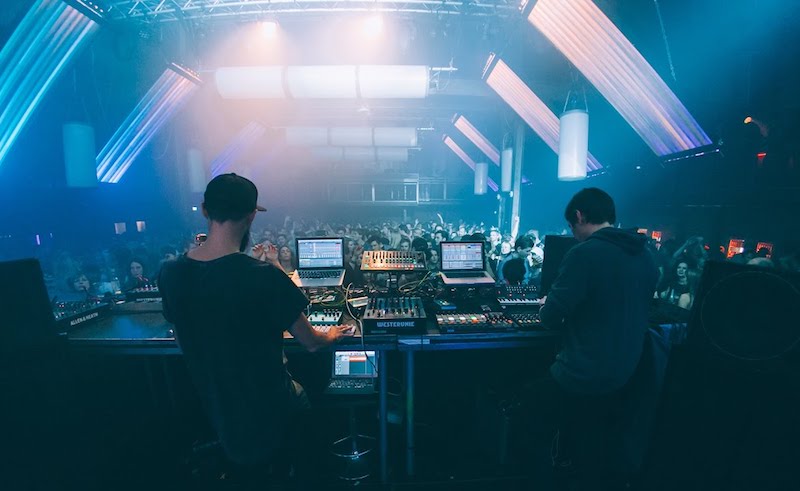 Hot off their latest record label showcase with Berlin’s Katermukke, Cairo Jazz Club 610 are inviting esteemed German producer and DJ, Samuel Kindermann - better known as Einmusik - for a showcase for his own imprint, Einmusika, on the eve of its tenth anniversary. For the past decade, the label has been slowly dominating the deep and melodic house genres with more than 130 releases, many from Samuel himself and fellow artists like Jonas Saalbach, Third Son, THe WHite SHadow, Animal Trainer, Ian O’Donovan and even supporting releases from regional artists like Rolbac from Lebanon and Etchar from Jordan.

Samuel is no stranger to Egypt, at this point; he’s visited the country twice and managed to grow his fanbase considerably following his live performance at Sandbox Festival in 2017 alongside label mate and long time collaborator, Jonas Saalbach. Einmusik also visited Cairo later that same year for a solo DJ set at a more low key event which only added more to the hype surrounding him as a man who can deliver to large and small crowds alike.

Very few deep house aficionados are unaware of the impact Saalbach and Einmusik’s live show had on Germany and Europe’s electronic music scene in the past several years. The demand for the duo has skyrocketed since the live concept’s debut in early 2016. Later they would enjoy a string of performances at German festivals and clubs like Fusion, 3000Grad and Watergate in addition to overseas gigs at the likes of Amsterdam Dance Event.

The duo were even tapped by London-based streaming platform, Be-At TV, for a scenic performance at Berlin’s iconic spy tower, Teufelsberg. Luckily Cairo Jazz Club 610 are bringing Einmusik and Jonas Saalbach back to Egypt for another performance on October 25th for what is sure to be another insane performance filled with hypnotic melodies and grinding basslines. Also on the bill to kick things off that night will be rising local talent and CJC regular, Richard R, who’ll provide the crowd a proper warm up for the madness to come.

Head to CJC 610's event page to book your spot and follow Einmusika on Facebook and Soundcloud.