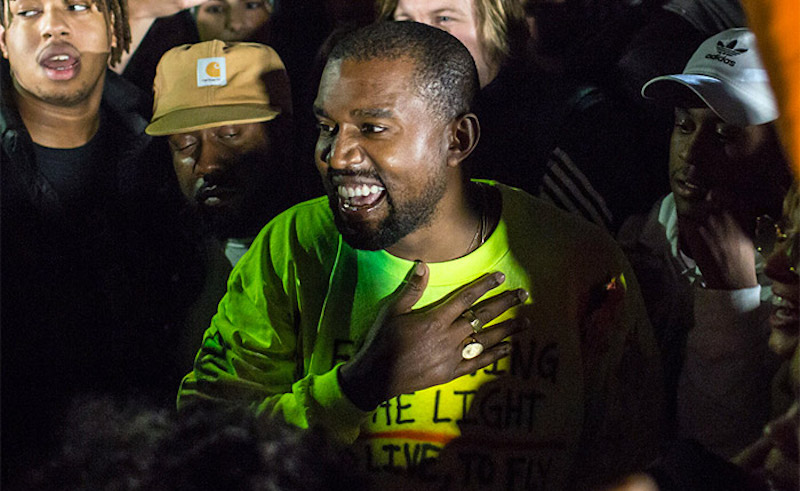 Sampling is an old production method where the producer chops off a portion of an existing song to use it in a new one, an exercise made popular by J Dilla and Madlib. Opinions have differed on the ethical point of view towards sampling; some see it as a continuation of the creative process while others may consider it as theft.

Many established artists have used this method to create their own hits, like Daft Punk, J Dilla and...drum roll... Kanye West, who was just days ago accused of illegally sampling Egyptian producer Kareem Lotfy in the intro track, "I Thought About Killing You," off of his latest album, ye.

You can hear a preview of the song, and also give Kanye more money if you want, here.

Last Friday, Berlin experimental label PAN claimed that Kanye’s producer and collaborator Francis and the Lights sampled “Fr3sh”, a track by Egyptian Amsterdam-based producer and visual artist Kareem Lotfy, released on the label as part of the compilation mono no aware. Lotfy was surprised by the news as no one from Kanye's team had contacted him or taken permission to use his track prior to the release.

"It's sadly another case of an artist who capitalizes on culture without any original ideas and because culture trickles up," said PAN boss Bill Kouligas to Pitchfork. "This means we are all basically working for him. Everything leads to him, he's the ultimate narcissist." He also added that he's taking legal action against Kanye West.

We will be curious to see the outcome of what may (or may not) be a level red rip-off.

Nickodemus: Turning the Tables that Turn the Globe