Held in the Lebanese capital from December 6-9, Beirut and Beyond celebrates musical innovation and diversity from all over the world. 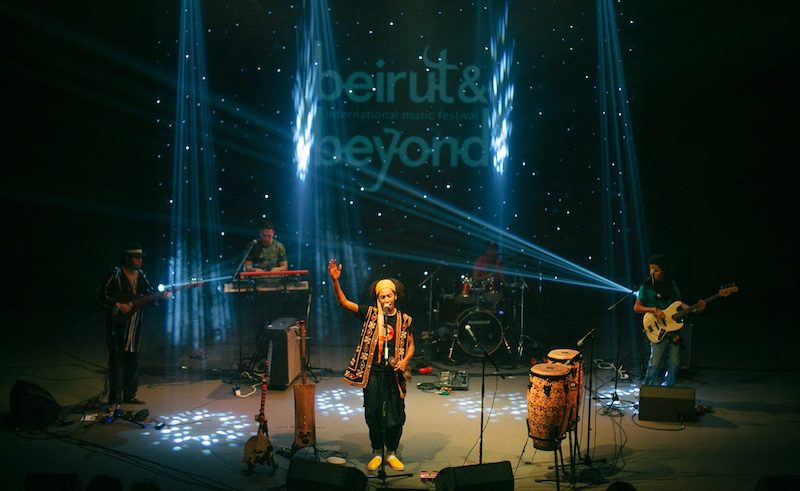 Beirut & Beyond visualizes itself as a platform for meetings, showcases and exchanges and therefore wants to encourage networking and collaboration. It was founded back in 2013 in partnership with the Oslo World Music Festival and intents to promote the independent music scene of the Arab region. Therefore the festival includes a professional program in conjunction with the artistic program, hosting talks, discussions and classes.

The opening will be hosted by Station Beirut, a cultural space where Lebanon’s indie-music pioneer Tania Saleh will present the premiere of her latest work ‘Intersection’. Next to Saleh, Tunisian artist Imed Alibi will perform and introduce his latest project ‘Frigya’, a link between the Arab-African world, as part of the festival.

The second night will take place at cabaret and pub Metro Al Medina and will explore several genres with three artists. Palestinian oud player Basel Zayed, also a vocalist skilled in classical Arab music, will debut his Basel Zayed Project. In contrast, double bassist, theremin player and electronic musician Javier Díez Ena from Spain will bring some an experimental sound to the festival. Last but not least, Egyptian alternative music trio Lekhfa will perform with poet Mido Zoheir, who wrote most of the lyrics for their impressive debut album Lekhfa.

The Saturday program at Zoukzak Studios features Lebanese electro-acoustic duo Two or The Dragon, who will be presenting new compositions mixing percussion, buzuq and electronics. Next, jazz musician Sig teams up with trumpet player Erik Truffaz and drummer Artis Orubs for some heavy beats meet raucous synths, loops and effects, mixed with trumpet. The third act of the night consist of the experimental tunes of Egyptian musician Baskot Lel Baltageyya.

The closing of the four-day festival will happen under the shelter of the Ballroom Blizz. Next to Norwegian jazz trio GURLS, two Lebanese artists are contributing to the last night of the event. Kinematik take over the stage with their psychedelic prog-rock, while Liliane Chlela, known for her experimentations with electronic music, will surprise the audience with new compositions.

A lot of exciting musical input to come.