Egyptian band Sharmoofers is dropping a long-awaited new album this month, with a launch party to celebrate. 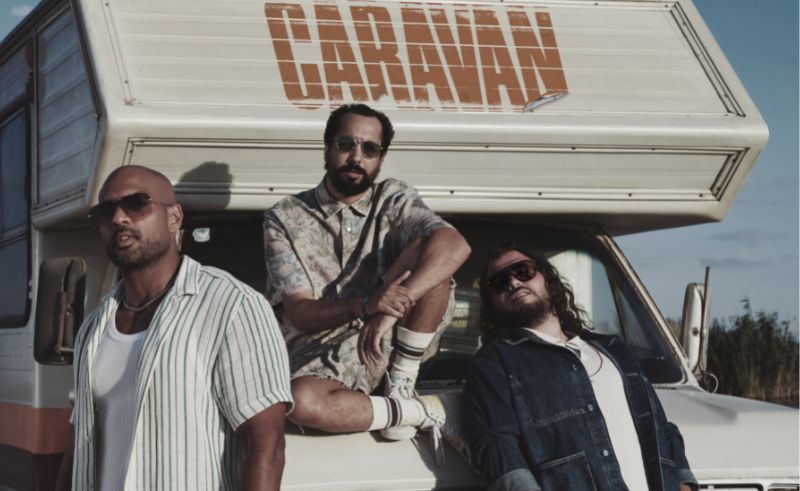 With Ahmed Bahaa on vocals and percussions, Mohamed Al Arkan on drums, and Mohamed El Farra on bass and guitar, Sharmoofers are back again with ‘Caravan’, a new album that will celebrate the iconic band’s 10th anniversary.

From the minute they entered the scene a decade ago, Sharmoofers stole the hearts of Egypt’s youth with tracks like ‘’Khamsa Santy’ and ‘El Boxer’. Known for their comedic, pop-rock-reggae-rap and Arabic fusions, the band has been one of Egypt’s biggest breakthrough stories, where a cluster of musicians from the depths of Egypt’s underground surfaced to become one of the leading alt-pop groups in the region.

In 2015, Sharmoofers released their debut album, ‘Paranoia’. While it was driven by percussion, vocal sketches, and a joyous big band sound, it was packed with subversive commentary about uncertain times beneath its pop surface as heard in the leading single, ‘Khalas Hasaytar’, a track exploring the relatable content matter of self-control.

Throughout the years between ‘Paranoia’ and their follow-up album ‘Enfesam’ in 2019, Sharmoofers continued to release at least one banger per year, be it the anthemic, ‘Easy Money’ or the more Shaabi textured, ‘3eid Ra2sety’.

In ‘Enfesam’, Sharmoofers take on more serious subject matters, with themes of mental health and substance abuse, while honing in on their fusion sound. This is perhaps one of the many things Sharmoofers continues to succeed at, creating songs that are at times satirical or providing a social commentary situated against music that is uplifting, upbeat, and hopeful.

With the lyrics written by the band’s engaging songwriter, Ahmed Bahaa, the upcoming album, ‘Caravan’ tackles themes of memory, romance, and friendship. The album is set to release on January 11, 2023 and it will culminate with a launch party that will be announced by the band soon.