The fundraiser will feature a weekly streams by world-renowned artists and an exclusive artist residency program, as Beirut rises above the impact of the pandemic and last August's explosion. 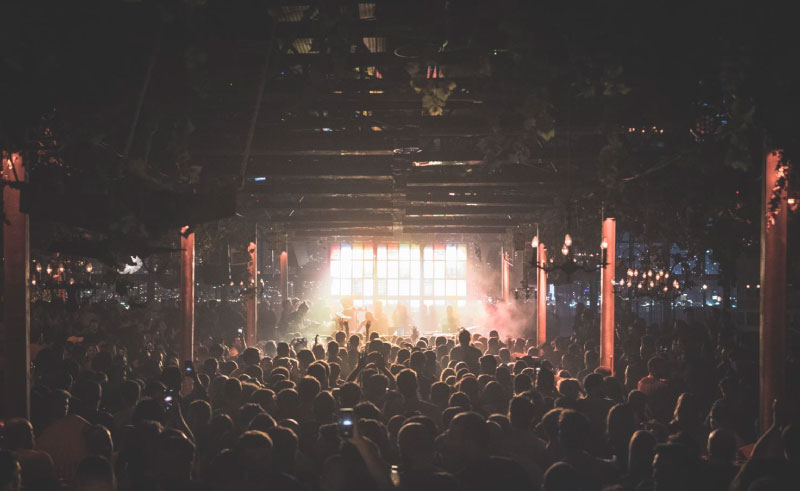 Against the backdrop of a raging pandemic and the massive explosion that shook Beirut to its core last August, the Lebanese music scene is trying to pick up the pieces and restart again. The folks over at Factory People, an leader in creating cultural and legacy projects in Beirut, are working avidly to rebuild their space and  continue fostering the creative scene through their Fundahope Save the Grand Factory fundraiser.

The Grand Factory in Beirut is a cultural landmark, hosting more than 5000 party-goers a week during its peak. It’s perhaps one of the most iconic electronic music clubs in Beirut. That didn’t stop the August explosion from ripping through its walls and taking with it fifteen years of dance-filled memories. Now, they’re asking for donations to be able to rebuild the heavily-damages club and give Beirut the chance to dance again.

The fundraiser will feature a series of weekly streams by a selection of artists from across the world, including techno sweetheart, Nina Kraviz, amongst other big names in music. It also goes hand-in-hand with their Artist Residency Program which will transform the Grand Factory into a creative space for a selection of filmmakers, designers and music producers.

For the residency, eight to twelve artists under the age of 30 will be selected from the field of music, design and film. The program serves as a foundation that helps young artists in Lebanon collaborate and exhibit their work to a broader audience. These artists will produce an integrated piece of work exhibited at the Grand Factory. The residency culminates in an open house exhibition that will also serve as the official opening of the renovated space.

You can find out more at www.SaveTheGrandFactory.com.