Three years after first performing together, Sinno and Chlela release a debut single that fuses both of their music inclinations.
by SceneNoise Team 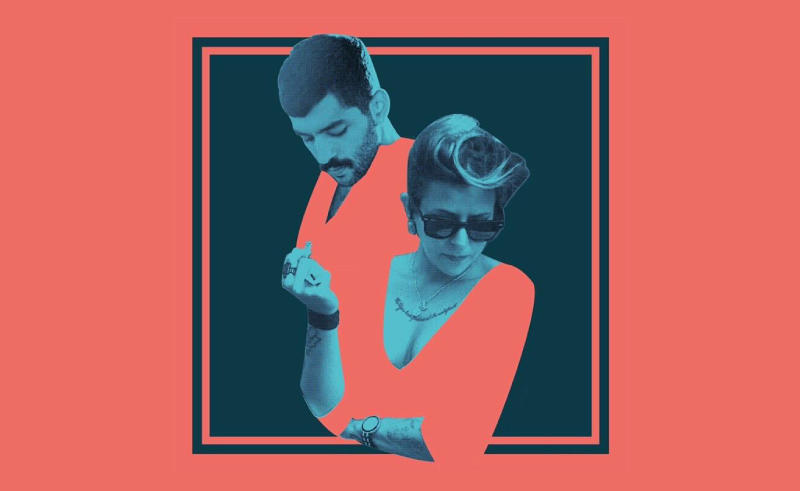 Having first performed together in 2017, Lebanese artists, Hamed Sinno and Liliane Chlela, have come to form the experimental duo, The Butcher’s Bride. Fusing Chlela's live electronic performances and production with the vocal style and lyricism that pushed Sinno and Mashrou’ Leila into stardom, the act is an ongoing collaboration that intends to push both artists out of their comfort zones and into unchartered musical territory. This is no more apparent than in their first official single, but it very much bears the hallmarks of each artists’ musical background. ‘Lipsync’ sees Sinno go full blast with his signature syrupy vocals over Chlela’s atmospheric, downtempo, breakbeat track. There’s an underlying drama to the song that peaks as soon as the first few seconds, when layered, echoed synths that almost sound like a caressed violin set the tone. From there, the track ebbs and flows between percussion breaks and synth bursts that paint the three-minute-plus track in an overall minimalist outlook that fuses both artists’ inclinations – Sinno’s indie pop and Chlela’s cinematic electronic production.

It’s a fascinating new direction for not only Sinno, but for Chlela, too, who famously performed an acclaimed live set for Boiler Room in Beirut in 2018 and has continually stood out on the gig circuit for her performances. Sinno, meanwhile, continues to show his versatility as a vocalist and though Mahrou’ Leila have waded into the electronic before, it’s never quite reached the depth of ‘Lipsync’.