Niile and SimplyAzza have come together to create one hell of a silky, summer anthem.
by SceneNoise Team 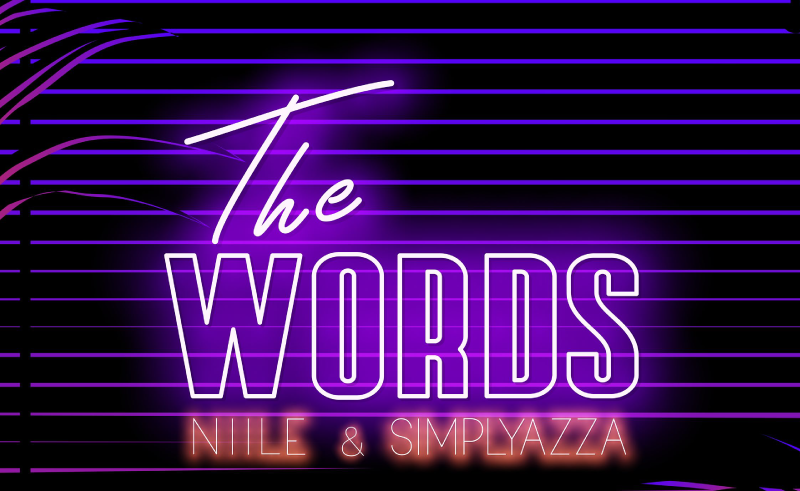 Every bit as sleek and bright as its artwork suggests, ‘The Words’ is the latest single to come from Sudanese rapper, producer and entrepreneur, Niile. Much of that brightness comes courtesy of satin-voiced singer, SimplyAzza, who we saw most recently on Black Smoke Collective production, ‘Pull Me Down’, alongside Ramey Dawoud.

This time, however, she sheds the hardships of that song for a much sunnier side of the R&B/hip-hop spectrum, kicking off the track and setting the tone for an irrepressibly catchy single. Niile himself shines, too, showcasing a different side to what fans have become accustomed to. He swings between singing and rapping, and the track is all the better for it. "Got something special I wanna share with you/It’s right here if you want/Just say the words,” the two harmonise in the chorus, as they go through the kind of flirtatious, coy back-and-forth that can only lead to a hot-and-steamy encounter. Produced by Niile, the track itself is difficult to pin down and never rests. At times, the beat threatens to break into a garage or pop-tinted dancehall beat, while synth keys follow a similar melody to what might traditionally played on steel drums. In short, this is one hell of a silky, summer anthem.