What does hide and seek have in common with Ben Franklin? Not much, unless you are Scarlett Saad and Kristian Abouanni. The whimsical pairing have worked together before, but their debut as indie-pop duo, Police Voleur, is a fresh, kooky blend of childhood memories, tongue-in-cheek humour and peppy sound.
by SceneNoise Team 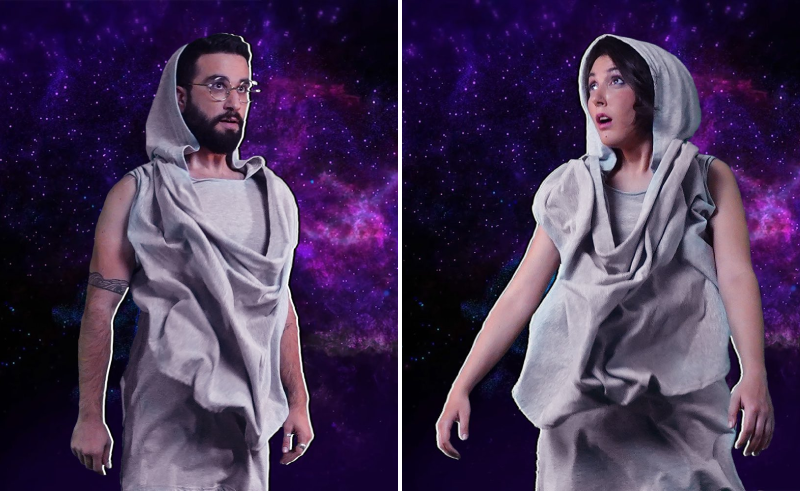 Scarlett Saad and Kristian Abouanni are no strangers to each other, having previously worked on several music projects before coming to form indie pop duo, Police Voleur – the French name for the kids’ game ‘cops and robbers’. Themes of childlike frolicking and general avant garde tomfoolery are very much at the heart of their debut single as a twosome, ‘Cache Cache’ – the French name for the game hide-and-seek. Musically, it’s a very simple track carried by a bare, hip-hop inspired beat. It’s the lyrics (in Arabic and French) and the video that really catch the eye (and ear?), however; double entendres and plays on words (cache is cash in the loopy world created by Saad and Abouanni) drive a spirited track and video full of tongue-in-cheek humour.

The track sets the tone for more of the same from the group’s upcoming debut album, also named Cache Cache, and it will be interesting to see what a whole album of their perky, left-field pop style sounds like.