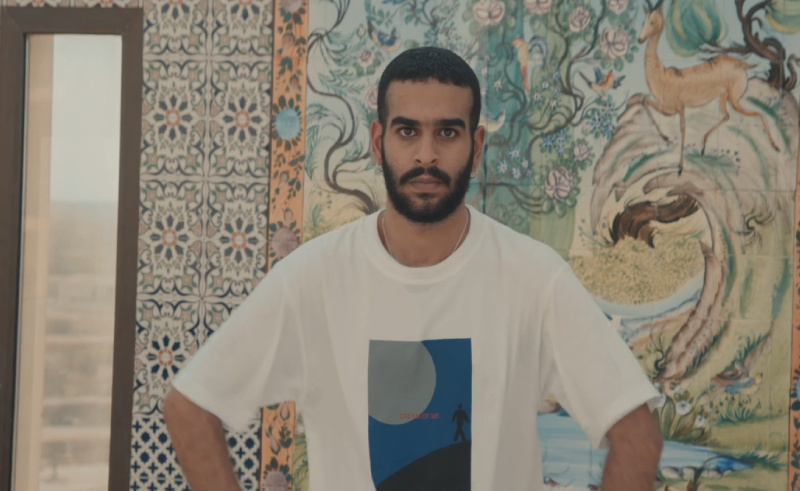 The always inventive Dubai-based post-club producer, Oldyungman, has just released a stunning first music video courtesy of Russian director Lola Kohanova. The score for the cinematic escapade is the producer’s 2020 track ‘Zereba’, off  LA-based Minaret Record’s debut V/A complication Minaret Vol.1. Through the frantic groove, underlined by infectious rough-cut cymbals, tabla trills and an big room kicks, we see a classic red BMW race through the Dubai desert, a horse getting some glamorous attention, and a lot of chiffon based voodoo as our hero Oldyungman gets lost whilst finding himself in a spectacular desolate villa.