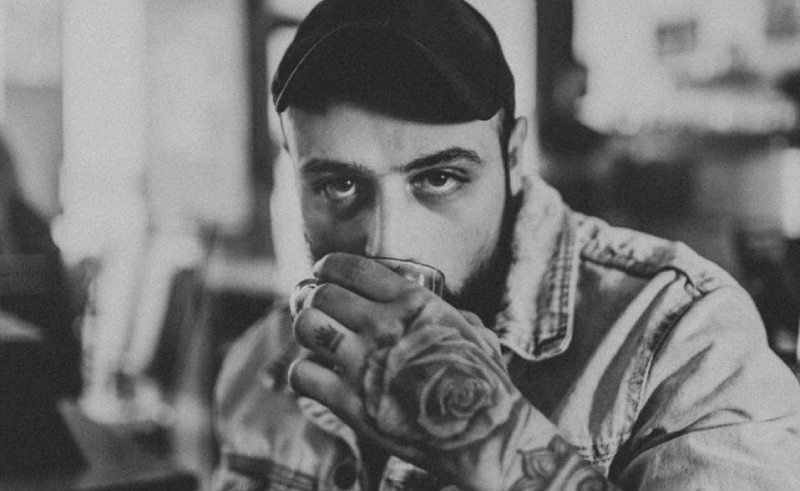 Marking the sixth release by enigmatic Palestinian artist, 00970, Under the Ground follows 2019 EP, 3atmeh, which aimed to ‘deconstruct disorder through sound-based textures’. If the 2019 EP deconstructs, then this LP constructs.

On Under The Ground, the Paris-based, multi-disciplinary artist draws upon his experiences in Nablus to create what he calls “narrative driven sonic experiments,” across both audio and visual realms.

Keen listeners will hear the influence of drone, ambient and minimal trap across the LP’s seven tracks, as well as numerous other elements that defy genre and categorisation to create a pervading sense of gloom and darkness throughout. It’s a brooding record that stews in its intricate soundscapes and sifting, cinematic beats. Of the seven tracks, the last is a remix of the opener by fellow Europe-based Palestinian experimentalist, Asifeh.

The album also marks the artist’s first release on Mediteranos, a Haifa-based record label and platform constantly in search for “new innovations” that build upon the label’s tightly knit network of “curious explorers,” each sharing their own unique artistic visions for contemporary music in the Middle-East.