France-raised, Moroccan-born, London-based. RITA's 2019 EP, 'Kontrol, showed her in all of her colours as she preached self-love and female liberation - two things that have been carried into her latest release, 'LFM' (Living for Me), which arrives as a dreamy, glittery neo-soul inspired number,
by SceneNoise Team 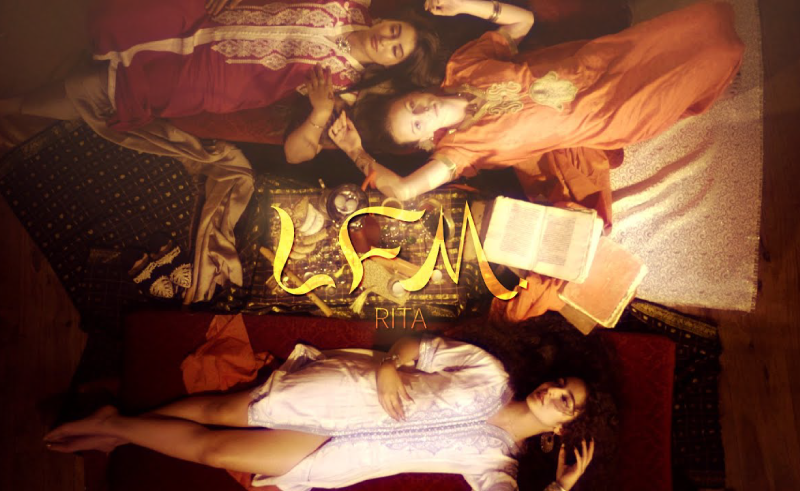 Citing everyone from Amy Winehouse to Queen as influences, France-raised, Morrocan-born artist, RITA, firmly has her feet planted in R&B and neo-soul in new release, 'LFM'. Standing for 'living for me', the track - produced by Osiris - talks of lost love and what could have been, But as has become a theme for singer's work, it ultimately intends to empower: "I used to die for you/I wanna start living for me," she sings.

Sonically, the track floats and twinkles gently against a hip-hop/trap leaning beat, the production at times wading into a sort pf soulful psychedelia. It's with the video that things get a little disconnected, the track's message muddled. According to Between Eats - a community that champions 'female Middle Eastern leaders, creators and change-makers' - RITA aims to shine a spotlight on Arab artists and third culture kids. "I really believe that there are so few Arab artists that are acknowledged and shown to the public," she says. "I want to portray our culture, our strength, our language, and even more as a woman. We have so much to offer!” It's a noble intention, but how that is achieved in this case is up for question. The video, which is essentially a performance piece, is filled with random Arab trinkets and artefacts, including a metallic tea pot/jug, a oud and a photo of Om Kolthoum. There's a sense of the gilded space in which RITA and her providing a kind of freedom from the outside world, but it simply feels disconnected from the music.
That being said, the track itself is another notch on RITA's belt, who - following her 2019 EP, Kontrol, in which she sings in English, French, Arabic and even Spanish - has been consistenylu releasing music between October 2019 and March 2020 from the UK, where she is currently based. In Kontrol, the artist preaches the good word of self-love and female liberation, making her an important voice in the increasing music coming out of Arab diaspora around the world.
Follow RITA on SoundCloud, Instagram and Facebook.
Previous Article