Inspired Middle Eastern melodies and featuring Arabic and English vocals, Layal's debut single addresses the complexities of her own identity head on.
by Farah Geninah 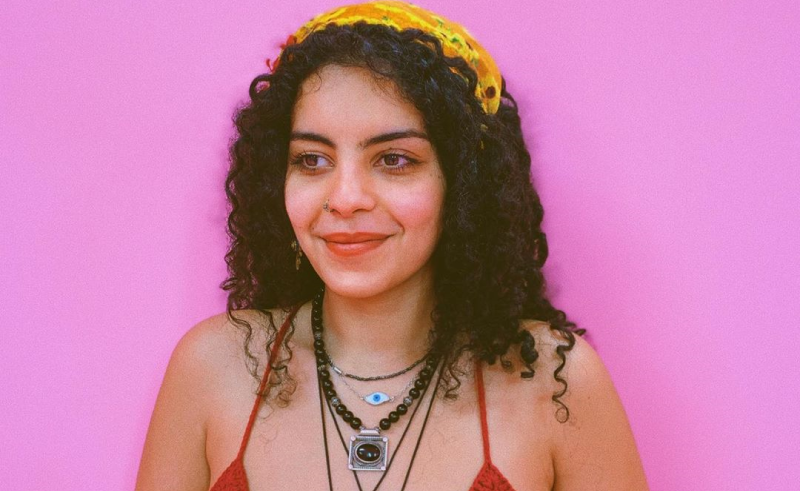 It’s a common story for anyone living in diaspora or growing up as a third-culture kid - identity, the duality of it, the confusion. A common story, yes, but one that never produces two alike results or conclusions. In the case of Layal, she’s very much neck-deep in the murky waters of dual-identity. We spoke to the London-based Egyptian singer on the back of her debut single, ‘The Sun & the Moon’, a light and airy reggae-inspired track that addresses the topic head on.

“It’s basically me addressing my country and my society as an ex that I tried to give my all to and didn’t receive the same back,” Layal tells SceneNoise. “That’s when I became my own individual and built ‘my kingdom’.’” Also inspired by Middle Easter melodies, the track explores her complicated relationship with her home country and acts as a kind of catharsis for the artist. Ridden with metaphors, the track leaves space for the listener to navigate and perceive it in more ways than one.

“It’s talking about how I don’t want to be boxed in a system that’s created by people, wanting to break free from that and become whole or both ‘the sun and the moon,’” Layal added.

Influenced by artists such as Amy Winehouse, Jorja Smith, Erykah Badu and Lauryn Hill, the singer switches between Arabic and English, giving the track a quite literal sense of duality, while embracing the concept of transcending cultural borders.

After relocating to London and studying in the UK, Layal began exploring and seeking inspiration from a wide range of musical genres, resulting in something of an eclectic mix of sounds, with the artist, herself, claiming that she can’t pinpoint the genre of her music in particular terms: “I was also  aiming to create a new kind of sound that could be my own, I wanted to merge genres together,” she says. “I haven’t settled on one sound yet because I'm constantly discovering more and it affects the music I want to make.”

Despite this,  the artist does know that she will always look back to the music of the Middle East, which she believes are popular and much-welcomed amongst her listeners. She comments, “I was very intrigued by how much Egyptian instruments and sounds added to a song and felt that, whether the listeners were Arab or not, they loved the sound and how different it was from the usual things they hear on the radio. I wanted to bring more attention and recognition to that so people can appreciate it.”

For now, it looks like listeners shouldn’t take Layal’s debut single as an indication of the music that she intends to make in the future, as she has no plans to quit experimenting. In more ways than one, the artist is eager to see where her musical journey takes her. “Every time I think that I found exactly the sound and image that I want for myself I discover more and it evolves. I'm constantly breaking my comfort zone and it has helped me learn so much.”