Providing a fitting finale to the four-piece outfit's three-part album, ‘Tabi’yi’ takes on a considerably faster pace than the rest of the project and perfectly wraps up an album that speaks not only to where the band is now, but their journey over the last decade.
by SceneNoise Team 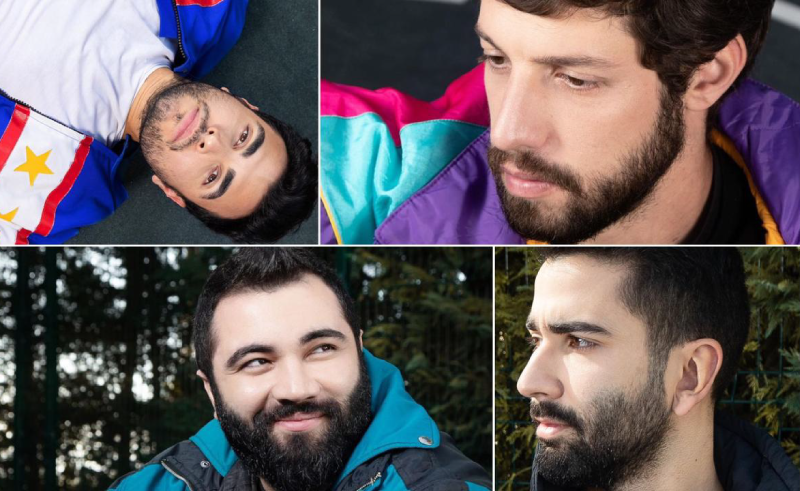 It's been a slow drip, but we finally have the big picture from Lebanese indie-pop favourites, Adonis, with the release of the third and final installment of their fifth studio album, A'da (Enemies). The first two parts - released with livestreams of their performances - came out swinging, almost instantly trending across Lebanon, with the third and final piece of the puzzle reflective of the musical journey Adonis themselves have taken over the past decade.

The three-track finale is anchored by ‘Tabi’yi’, which sees the four-piece look to a faster-paced sound, with hard-hitting drums and catchy guitar riffs painting it as something of an anthemic pop-rock piece. It offers an ecstatic ending to the sweeping album, even further so when compared with the penultimate two tracks, 'Al Tabeq Al Rabei' and ‘Jeet Kermala’. The former is a short, sombre, instrumental interlude that leads perfectly into the latter, which sees singer-songwriter, Dana Hourani, provide guest vocals alongside sparse but effective use of the qanun.

The songs were produced in an improvised studio in Batroun, a seaside town that the band relocated to after the Beirut Port explosion - a persistence that’s very much mirrored in their work. The title track follows the band - who are depicted as retro video game characters in all 16 bits of glory - navigating through a dystopian Beirut, trying to find their stolen hearts through all the doom and debris. Despite the nostalgic language of this visual medium, the music goes in a new direction for the band, opting for sweeping synthesisers to give a new lilt to the signature Arabic lyrics which has earned them so many fans with humour and insight.

"Each part of A'da not only explores a specific time in the characters' relationship - how they grew together or apart - but also represents significant times that deeply influenced our songwriting and development over the years," lead singer-songwriter Anthony Khoury said. "We celebrate our 10th anniversary this year, so we're really excited to share an album that demonstrates who we are today, and explores the experiences that have shaped us as a band in Beirut."
Follow Adonis on Instagram, Facebook and Anghami.
Previous Article