The LA-based Kuwaiti brothers take to the streets of Dubai and the oil fields of Kuwait for their latest video, featuring rap royalty.
by SceneNoise Team 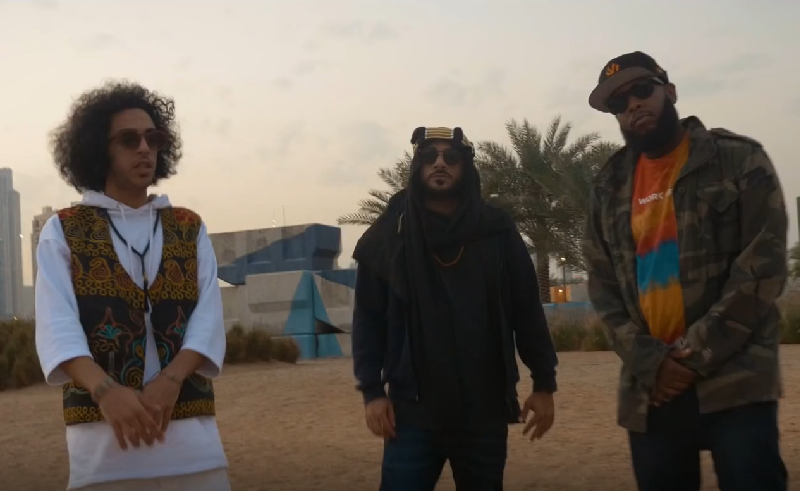 In February of this year, the LA-based Kuwaiti hip-hop duo of Abdul Rahman and Yaakoub El-Refa’I, aka Sons of Yusuf, released their debut album, Shaykh the World, some eight years after the siblings started making music. The real gag of it, though, was that the album featured collaborations with some pretty familiar names, not least two of the duo’s biggest inspirations, rappers Jay Electronica and Talib Kweli, as well as prolific producer, Terrace Martin (who has worked with the likes of Kendrick Lamar, Stevie Wonder, Snoop Dogg and Busta Rhymes), and Grammy-nominated singer, Muhsinah.

For hip-hop purists, Talin Kweli is the name that jumps put most and the brothers have, maybe unsurprisingly, chosen their track with the legend, ‘No Caliphates’, to shoot a video for. Filmed in the streets of Dubai and the oil fields of Kuwait, the video sees the brothers and their esteemed friend rapping and playing basketball in said oil field. There’s no real concept per say, but the song itself sees the Abdul and Yaakoub talk about living as an Arab Muslim in the states and the subsequent stereotypes that arise. Kweli’s verse is typically a little more enigmatic, though he drops a line that couldn’t that ring truer than tight now: "Respectability don't stop a cop from wanting to shoot/They killed Martin Luther in a civil rights suit."