In a follow up to our largely audio-focused review from last week, we’re exploring some of the music videos and visuals accompanying The Flood, while also premiering the video of Erorrist & Sham’s closing track ‘Aslani’, featuring visuals by Hilal. 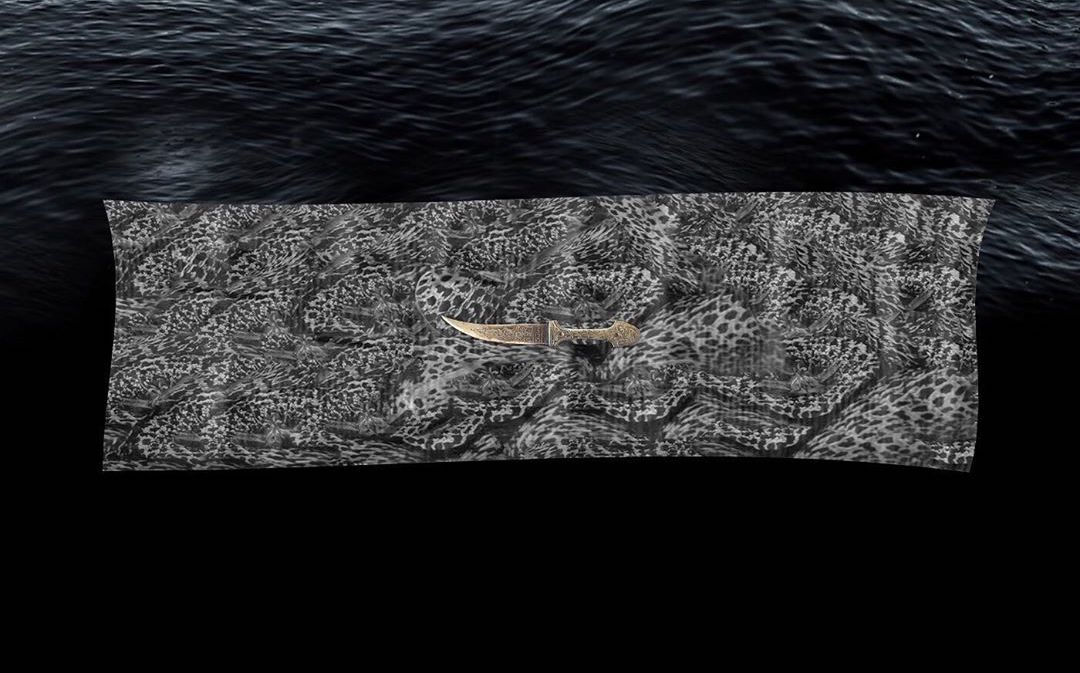 Considering the enormous scale and ambition of Mediteranos’ 14-track debut V/A compilation, The Flood, which released at the end of last month, we felt like it was important to highlight the visual artists who helped augment the music featured on the compilations with inventive music video collaborations.

As with the music of The Flood itself, the following visual accompaniments approach the central themes of the album from multiple different corners of the visual spectrum, treading a thin line between familiar and abstract through an assortment of found footage, field recordings, choreographed dance, intense digital manipulation, and more. For this first music video exploration, we reached out to Carmel Al Abassi, Sari Dahoul, AsnamLmasrah, and Mediteranos co-founder Hilal  for their perspective on the creative process, collaboration, and the release of The Flood.

We are also proud to aid in the premiere of the latest music video to accompany The Flood, Erorrish & Sham’s closing track ‘Aslani’, which features visuals by Hilal.

This is my second collaboration with Mediteranos and 00970 this year. [Over the process of this collaboration] I have learned more about how their project brings together different artists from Palestine and in diaspora in an album that contains [many] different musical genres.

The name of the track [Manjaniq] played a big part of my feelings towards the music, as [did happen] with the whole album; I definitely felt a ‘flood’ of ambient energy while listening through one track to another in the album.

[In this music video] I tried to create a visual space that matched the intensity of the sound by using a negative space and two-tone, black-and-white images to form a silhouette composed of many layers of motion, [and] juxtaposing the moments of active silence in the track.

Manjaniq (Mangonel) is an ancient war machine. During wartime, destruction is the only focal point and the spaces left after a war are not [considered] a place for the eye to rest, so I aimed to include all those contrasting visuals in order to bring the nature of that feeling to the viewer. In between the white spaces and black spaces, the viewer can create subjects, objects, a narration line of their own imagination, and I keep my own vision under the music tension.

With all the confusion happening in the world right now — because of wars, injustice, the pandemic situation, [or] the new age of smartphones, social media, and technology etc —  nothing is making sense anymore. As a Syrian living abroad I often feel a sense of alienation, [both] as an immigrant, and with the world as an artist/ filmmaker.

All the footage was spontaneously filmed a couple of weeks after listening to Muqata’s track, and later on I paired my footage and his music together. Both the constructed rhythmic noise [in Muqata’a’s track] and the footage I used are unordinary and probably won’t make sense to a lot of people [be they] listeners or viewers. And yet, so is the current state of the world we live in.

To me, music is a sentimental journey that stimulates my imagination. It’s like moving from one dimension to another, from [the] mind to video. I’ve always wanted to see the scenes that I create in my mind becoming alive in front of me. Sometimes I film moments from my daily life, knowing that I would [later] be using them in a video. Sometimes I create these moments on the spot.

For me, both the music and the song’s name sent me on a type of sentimental journey, [one that makes reference to] the moment of dying, and what we see as memories when we face death; maybe loneliness, maybe fear and maybe happiness!  [Working on] ‘Omg portal’ represented —  to me — the transformation to another realm.

To me, the sound of the Mediteranos is very visual, on the edge of cinematic,

so I start with dismantling the elements as much as possible and see what visual association each sound gives me. That I use as a base for the piece. After that, with the visuals as with the music, I try as much as possible to let things develop organically, I try to let the piece/project lead me as I embrace all kinds of (happy) accidents on the way.

As co-founder of the Mediterraneos, The Flood for me is an embodiment of our vision of creating a space in the Middle Eastern art sphere, [and] for the obscure alchemists of sound and light. We are not alone.

AsnamLmasrah & Hilal can be reached via Mediteranos on Instagram
Previous Article