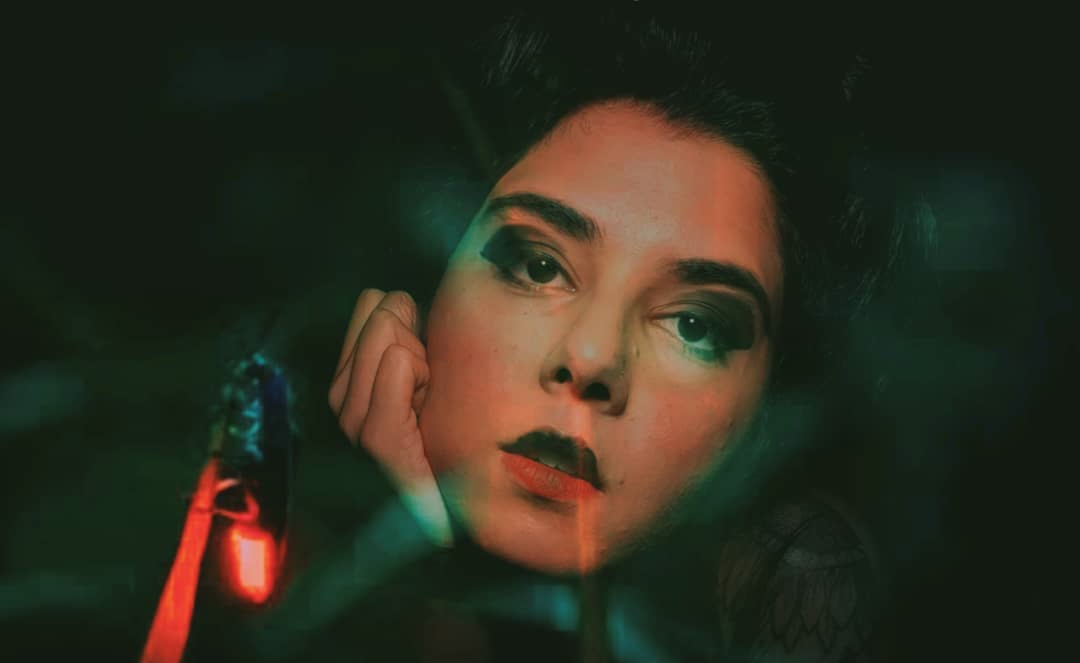 In April of this year, fuelled by a kind-of existential readjustment to life under lockdown, Egyptian producer, J!N, released a five-track EP that formed an ethereal intimacy that was as inviting as it was enigmatic. Released on Cairo label, Hizz, Foreigner revelled in its own ambience, its nebulous soundscapes boasting a cinematic ebb and flow.

For her latest release, ‘Firefly’, the producer has gone more in the way of trip-hop, though her trademark ambient sounds still act as the heart of the lo-fi track. Her vocals are a welcome return, feeding into the sonic ensemble of sounds, which come together to form a nocturnal psychedelia, thanks in large to swathing, gliding synths. As an artist, J!N has always been very visual and reflects the track fittingly in the video. In it, she uses footage of nature and the eponymous creature, seen through a glitchy, noisy lens, while she too appears through a double exposure effect. There’s a sensuality to her on-screen presence, but not in the traditional sense; she melds into the other visuals, she of them and them of her, in an almost pseudo-Kafkaesque interpretation of the track.

With the release of the track, J!N revealed that she has been working on more music. Is 'Firefly' a sign of things to come? Possiby, but don’t count on it. J!N is a producer that isn’t easy to pin down. Her influences might be familiar, but what she does with them is always unpredictable.