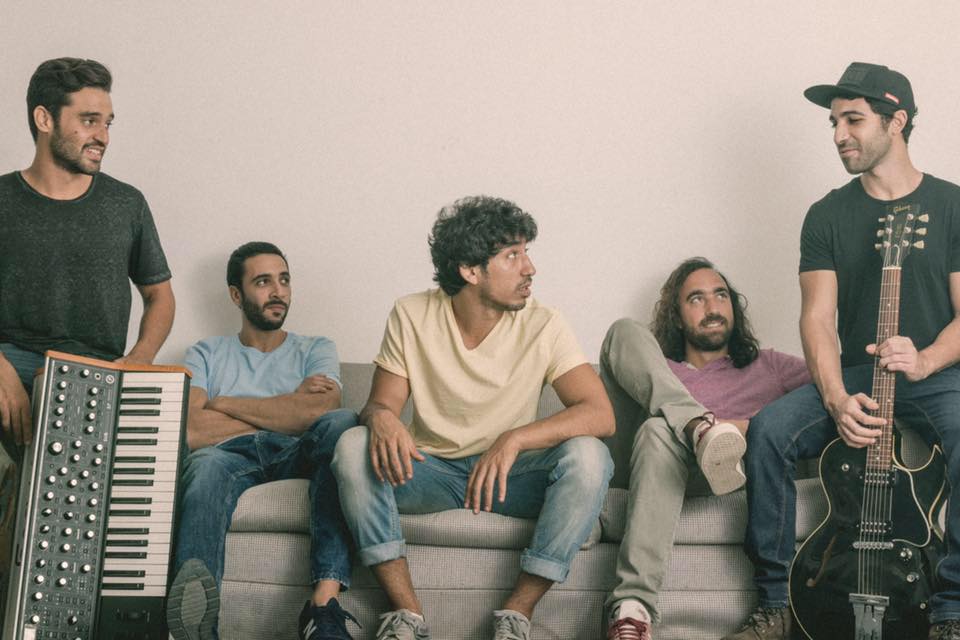 Initially started by producers Mada Khaled and Sherif Asfour, the Alan-K project has eventually grown to include guitarist/songwriter Zonfol, bass-guitarist Hisham El Manasterly, and Sherif El-Gharib on drums. Despite having played together for years, only recently did making records become a goal for the group, who’ve teased their upcoming debut EP with the new single ‘Fortress’.

When looking at the simple but surprisingly evocative artwork, you can see the vibe Alan-K are going for with their take on hazy dream-pop, with one foot planted in chilled out coastal-rock vibes, and the other in downtempo lounge atmospheres, where sweeping horn sections mix with subtle synthesizers and a splash of mellow psychedelia .

Recorded at Cairo-based studio No Regular Productions and pristinely mixed by engineer Amr Khaed of acclaimed band Fulltone, ‘FORTRESS’ is the kind of opening statement that displays their tight instrumental and compositional chops without trying to needlessly reinvent the wheel.

The question is though, who or what is an Alan-K?

“The name came up long ago, being [our] group’s title on social media messengers, it’s been with us for years so it was automatically chosen." Zonfol told us, "It originally comes from the Allen Key, but in our country everyone pronounces it as Alan-K, including ourselves.”