Sossaliza pays homage to all the right elements of French synth pop with the quaint music video.
by Farah Geninah 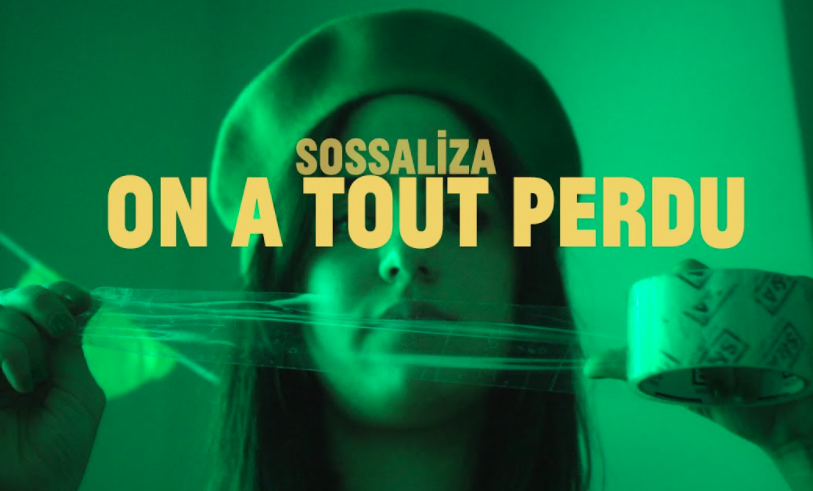 Seeking inspiration from canonical French electro pop artists like Vendredi sur Mer, Juliette Armanet and La Femme, burgeoning Egyptian singer/songwriter Sara El Sadda AKA  Sossaliza has released a new synth heavy single ‘On a Tout Perdu’ – meaning ‘we lost it all'. Produced by Sossaliza and Egyptian producer Mostafa Kamel, it tells the story – in three chapters - of a couple who fall out of love and the relationship’s subsequent deterioration, showcasing the journey of reflection, regret and acceptance.

The accompanying video was shot and directed by Paris-based Egyptian cinematographer Farida Karim and is inspired by the French new wave – using vivid colour and abstract theater to propel the song's emotive message.

“I find that the French electronic scene – from which I seek my inspiration – produce sounds that are very rich, clean, melodic and synthetic,” Sossaliza tells SceneNoise, “French is my language of choice because, save for the fact that I’m French-educated, I also made this choice because I find the language very melodic and musical.”

In April, the artist released her debut track called ‘Préavis de rêve’ and is planning to release a new track ‘Accomplice’ before the end of this year.