Produced by Ratchopper, the enigmatic artist explores a more minimal sonic palette in her latest release. 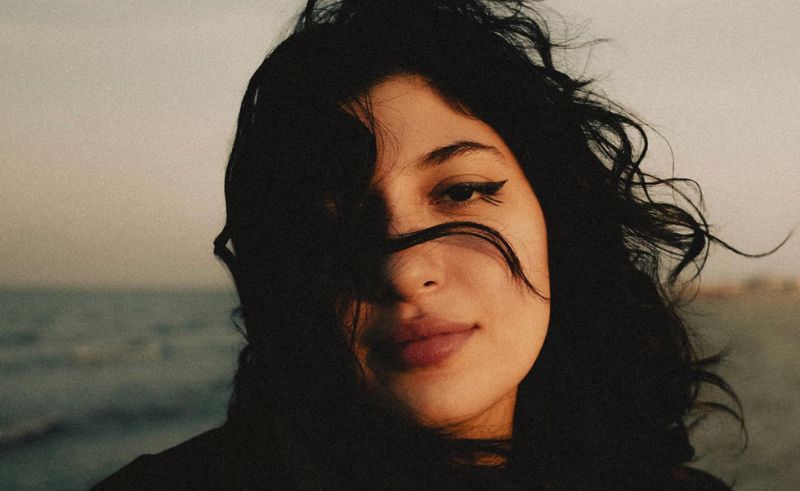 Music coming out of the regional music scene can often seem as though it is dominated by popular trends, and since more artists are emerging from the MENA region than ever before, the competition for audience attention has become ruthless. The cut-throat nature of the entertainment industry has made it difficult for artists to succeed if they disregard popular genres and operate solely under their creative vision, instead, adopting popular aesthetics  has given artists an edge in the highly competitive landscape.

This development has often yielded interesting results, as some artists have managed to find a middle-ground between incorporating popular styles of music and offering their unique ideas, and Lella Fadda has been a prime example of this in her discography. The enigmatic artist has collaborated with some of the most popular acts in the Egyptian music scene, such as Abyusif and El Waili, which has led Fadda to develop a refreshing blend of popular sonic aesthetics and touching vocals that are raw, tender, and melancholic.

The artist’s latest release ‘Malleit’, however, sees Fadda taking a step back from popular sonics, in the track she leans into more experimental territory, doubling down on the melancholic aesthetic that her rich lyrics and vocal delivery provide. In doing so, she takes a new musical direction that emphasises the themes of loneliness, dissociation, and eeriness that are present in her lyrics and singing style.

Produced by Tunisian electronic music experimentalist Ratchopper, the track makes use of a creeping guitar sample that frames Fadda’s singing style in a new light, with a spacious musical soundscape that puts the singer’s voice in the forefront of the track. Fadda takes command of the instrumental with her brooding melodies and vulnerable singing style, which effectively communicate the themes of exhaustion and lethargy found in the lyrics. The sonic aesthetics of the production lean into electro-acoustic and lo-fi territories, with grainy-sounding samples and percussions being used throughout. This, along with the pulsating bassline, pensive guitar licks, and the explosive drop section give the track a cinematic quality, highlighted by its patient and evolving structure.

The music video sees Fadda exploring a different creative outlet, as the multi-talented artist has taken to co-directing the video alongside Hassan Radwany. In the video, we see intimate shots of Fadda and supporting actor NADEEM in multiple locations, such as on the beach, at an amusement park, and around the city. The shots are presented in a brooding visual aesthetic that embraces pixelated footage, shaky hand-held camera work, and creative editing, which give the piece an intimate atmosphere that accurately represents the mood of the track, as we see Fadda shining in her new musical direction.

In the description of the YouTube video, Fadda comments that the track is “a beginning of a new era”, which promises more exciting and experimental ventures from the artist.