A shift from their solo sounds, the unlikely live electronic duo's new track provides a window into what's shaping up to be a unique debut album.
by Ahmed Khalaf 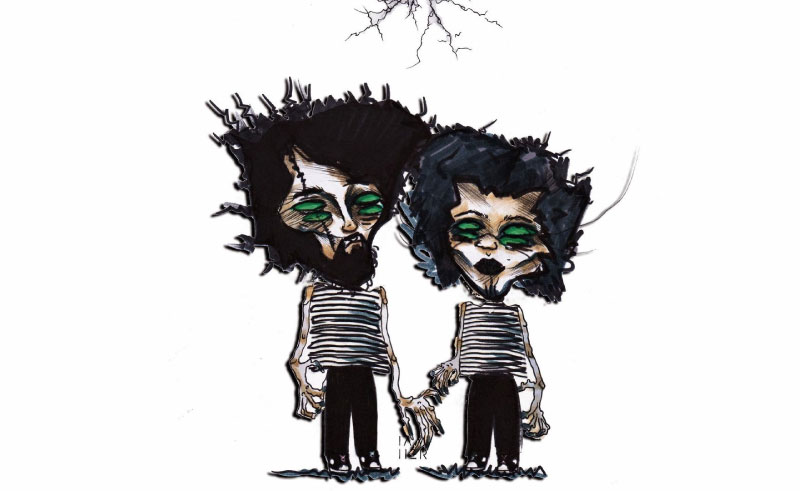 For many of us, the COVID-19 pandemic’s confinements were a time of creative stagnation. For Husa and Zeyada, however, it was their creation moment.

Meeting in Dahab, South Sinai, the Egyptian duo instantly clicked, and as they blended their individual styles and worked off each other, they formed a new sound taking a different musical direction from their solo sounds, a sound which culminated in the creation of their debut album, Long Way Home, from just one week of jamming sessions.

In ‘A Little Fun’, the duo have kicked off the project with a mellow downtempo production to show their new colours. A minimalistic beat of tight percussion with a light-hearted bassline that perfectly matches Zeyada's layered vocals, the song achieves a spacey effect, while a warm guitar riff plays from time to time, layering it with a mysterious feel.
With the duo hailing from visual arts backgrounds, they are to release their album through Canadian label IAmHer, with their own characters and caricatures featuring in an animated series running parallel to their music, in collaboration with illustrator Amr Qenawi. The illustrative comics throughout the project are to tell the story of Husa and Zeyada, and the use of different animated mix media and stop-motion for different music videos seek to cap off the series’ style.

The duo will be releasing a total of four versions of the track. So far, the original and radio edits are out, and Husa and Zeyada will be releasing two new remixes, a sign of the song’s--and the duo’s--versatility.

Check out their live performance in White Island for PlayStream here.