Three quite distinct makers of music come together to create something very uniquely Egyptian, yet still hard to pin down. 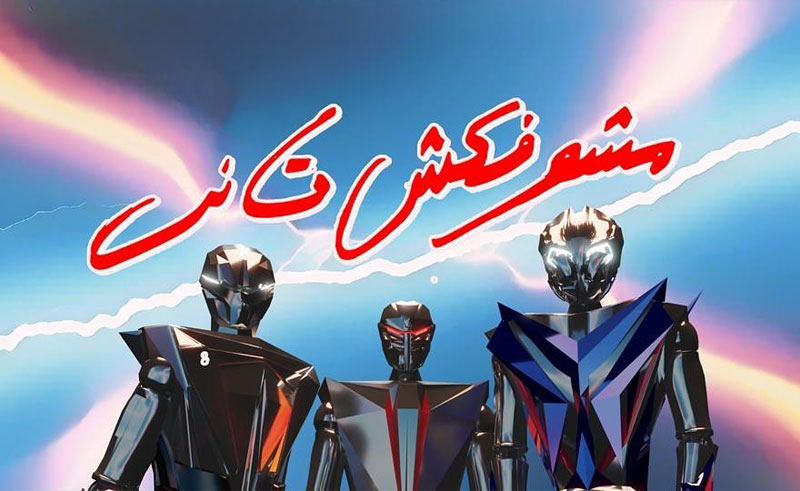 You never know where Dina El Wedidi will popup next these days. This year we’ve seen the Egyptian songstress step out of her comfort zone and team-up with DJ Tottit for two tracks that defy her usual sounds. Her latest collaboration, with Rozzma and Abyusif, pulls her further into the kind of Shaabi-leaning sounds she took on alongside Totti, but with a wildly Rozzma-nian touch.

Produced by Rozzma, ‘Mashofaksh Tany’ is a difficult one to pin down. Maybe the cover art gives some indication of the intent, three Japanese-style Mecha robots - no doubt representing the three collaborators - pointing towards a kind of vintage manga aesthetic, a call back to a 90s pop culture retrofuturism.

If we follow this thread, the beat could be the music over the opening credits of some kind of Egyptian version of these mecha cartoons, or maybe even a 16 bit video game. It’s a quirky ditty, but it really kicks into life after Rozzma’s opening verse. First Abysuif, then El Wedidi, take turns riding a much more familiar shaabi beat, mizmar sounding samples stretched to a soaring peak. It’s a unique collaboration, one that could have only produced something unexpected given the three quite distinct and different music-makers involved, a vindication of Egypt’s rap scene being the most unique and eclectic in the region right now.