Meet the obscure producer behind some of the biggest hip hop anthems coming out of Morocco. 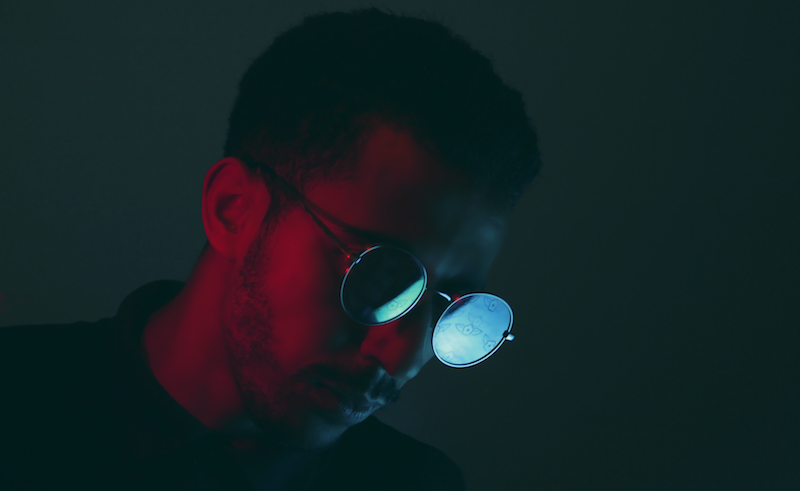 The Moroccan rap scene has the strongest presence in the MENA region’s hip hop movement. That’s partly due to the lyrical prowess of a large portion of the Moroccan rappers, but also due to the gifted producers, music video directors and large overall support from the Moroccan population towards the genre. Soufiane Az is of the producers responsible for some of the most recent rap hits out of the country, like Manal’s “Taj” which was signed to Sony Records, “SLAY” with ElGrandeToto, and Shayfeen x SXFRON’s “Ferga3 L’Flow".

We caught up with Soufiane to find out more about his backstory, get updates on his career and learn more about his workflow and the dynamic of the Moroccan rap scene.

How old are you Soufiane, how long have you been making music for?

At first I started with techno, electro, and house music. I would have different periods where I’d learn another style of electronic music. I started making hip hop/trap around 2013. But I used to always listen to hip hop before that.

What’s the scene in Morocco like at the moment?

The scene in Morocco is getting bigger, more professional and more international, but we still don't have a real music industry.

Who are the producers from outside the region that influence you? And do you take more influence from the scenes in America or France?

I’m influenced by producers like Kshmr, Diplo, Hans zimmer, Timbaland, Kanye west and many more. I do take influence from France and America. It depends on the style really, I’m always looking for inspiration.

What’s the biggest project you’ve worked on until today?

My biggest project right now is "Taj" with Manal. It was my first hit production in the Moroccan and the Arab world.

Listeners and even rappers in the Middle East don’t tend to appreciate the producer’s role in making a hit track. Is this also the case in Morocco? Have you ever experienced this personally?

That's a worldwide problem I think. But not all artists do that, some of them appreciate the big role that producers play. Not all listeners give credit or think about the producer, they just listen to the final product and give the artist all the credit.

A lot of producers are known for having their own sound. Do you try to develop your own special sound so that when someone hears a beat they can tell it’s a “Soufiane beat”?

Yeah that's a common thing that helps a lot, you should always have a unique touch to your sound. For me I’m always trying to merge between styles and different sounds to make new flavors. A producer should also have a ‘tag’ that they put on their beats so people can know its you quickly. For me I use the ‘lion roar’.

About Manal’s song “Taj”. How did you get the chance to work on that beat? Were there any restrictions from Sony, like did they limit you in terms of what you produce or did you have complete freedom?

I got the chance to work with Manal because she previously worked with our team, Wadrari Squad.

They heard the beat, worked on it and “Taj” was born. There were no restrictions from Sony, I had total freedom.

Who are the rappers that you have gotten to work with, whether in or outside of Morocco?

I’m a little bit new to the rap scene. I only started producing in the past two years, but I did work with quality rappers in Morocco like Shayfeen, Nessyou and TOTO, but outside of Morocco I haven’t done much. I'm definitely planning to though.

Is it a challenge to work with big artists like Shayfeen and Nesyou? Do they accept your music as it is or are they picky?

Of course it's a challenge to work with big names; they already worked with a lot of producers before me and that drives me to be unique in my work. That depends on the mood of the project  - sometimes we leave it as it is in the first version I do and sometimes I make some changes according to what they want because they feel a certain vibe on it.

What’s your take on producers in the Middle East these days?

To be honest I’m not familiar with a lot of Middle Eastern producers, or rap from other countries in the region, but I think there is talent hiding everywhere that just needs support.

Did you study music or is it just a hobby? And is music your main source of income?

I didn't study music at all. For me to be a music producer you don’t need to study or learn to play instruments if you have an ear for music. The harder you work the better you’ll get. Unfortunately I don’t have any other income sources.

We see an amazing amount of views on Moroccan hip hop videos. Is it the dominant scene in Morocco or does another genre of music still control the country?

Yeah it’s amazing when you see that much attention being paid to Moroccan rap and the hip hop scene. The scene is stronger than before and things are getting bigger and more professional. There are other genres dominating out there too like Moroccan pop.

What are the beats that are mostly in demand in Morocco? Boom Bap or trap or old school?

The most in demand beats in Morocco are trap, because of the wave and the impact of American trap worldwide.