Why El Morrabaa Is the New Mashrou’ Leila 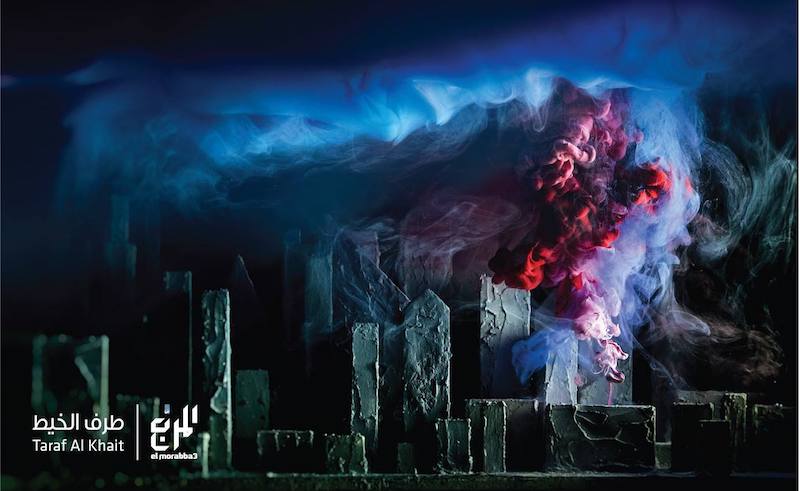 The Arab Spring has noticeably popularised Middle-Eastern indie music over the past few years. And while some bands like Cairokee and Jadal have had most of the glory and success without taking many risks within their genres, lyrics or sound wise, others like Mashrou’ Leila have rightfully taken up their place in the big leagues. With the first openly gay front man in the Middle East, Hamed Sinno, along with his four Lebanese band members have brought forth some truly groundbreaking material within their three studio albums. From immature but daring in Mashrou’ Leila (2009) to bombastic and exciting with Rasuuk (2013), to their latest electronic and pop experimentation in Ibn El Leil (2016), Mashrou’ Leila has given us pop anthems and heartfelt ballads in equal measure.

However, an equally brilliant rival is climbing up the Arab experimental indie scene. El Morrabaa, have enjoyed quite a bit of success with their first self-titled studio album released in 2012. The band was formed in Jordon in 2009 with current members Mohammed Abdalla as songwriter, bass, and vocals; Odai Shawagfeh as producer, electric guitar, and keyboard & synth; and Dirar Shawagfeh for drums and percussion. El Morrabaa set a strong musical identity with themes of war, loss, class, and love. Standouts like Ya Zein, Taht il Ard, and Ma Indak Khabar, from their debut album put the Jordanian band on the map. But I’ve always thought that album had a lot of unfulfilled potential, because it sounded like El Morrabaa were reaching for something new and fresh with a post-rock approach that they couldn’t quite nail. However, their follow-up crowdfunded effort Taraf Al Khayt (2016) is another story entirely. The album might very well be the best Arab Indie record of the year.

Taraf Al Khayt (The End of the Thread) is exactly as the tittle suggests. In this album, the band has grabbed one end of the thread of experimentation and pulled themselves to success. This record could be labelled more into the electronic indie/post rock genre, which could be a hard wire to balance on, but they sure pull it off, mixing a diverse set of riffs, vocals, bass, and synths to maintain their post rock sound while experimenting with electronics. Taraf Al Khayt definitely feels like the natural evolution of El Morrabaa’s sound.

The leading track, Ilham, takes us on a journey that encapsulates the album's vibe. It starts off with their signature sound; a catchy guitar riff, and an escalating rhythm that progresses to a climatic finale - heavy with distorted vocals and electronic synthesizers.Ilham lets us know that El Morrabaa is back but with a twist. Songs like El Bath El Haii also stand out because of their incorporation of a more orchestrated sound, with a string set taking the lead on the melody, backed up with a slick guitar and drums. Although the sixth track Biddeesh Aaraf Ana Min Wein reminds me of the theme song to the anime hit Death Note, it also stands out for its distinct vibe and vocals. The album goes on to include increasingly versatile sounds and themes. They even pull off 80’s pop mixed with a psychedelic sound on Abaad Shawii 2, somehow making this very Western sound work as an Arab anthem. The record keeps pushing the envelope with the final track El Raai; with a steady tribal-inspired percussion by Shawagfeh that matches the 'shepherd and valley' subject matter and defines the track showing that a more minimal approach is usually much better. Overall El Morrabaa delivers a better produced and fully grown sound that is more original than their earlier work. The way they mix oriental elements with mostly western genres makes for a euphoric listen with diverse tracks that are more about vibe than technical show-off.

“I always say that if you want to be honest in the topics you discuss through your music, then inevitably you have to talk about politics and society. That is because we live in a world that is all about politics, politicians and societal problems,” Abdallah said in a 2015 interview with Scene Noise's Kamila Metwaly. But it is more about the way Abdalla writes about politics than what he actually writes. There have been many musical acts in the Middle East singing about the Arab Spring across the region, because it has been perhaps the most influential series of events of the past decade. But Abdalla’s writing transcends past a certain event into the human condition and what moves the human spirit. His portrayals of revolution and his handling of politics suggests a deeper contemplation of what makes us human and what drives us towards change. The song El Bath El Haii is so reflective that it could very well have been written at any point in time, Abdallah's lyrics define this, it reads:

On live broadcast with pure intentions, together we executed the verdict
And the edifice was built with bloody precious gold; and we distributed the charges
My space has narrowed, my mind has comprehended it, Ilham (inspiration) never found me
I wish I knew all along that the road to paradise is a stairwell and that justice is a juvenile fantasy
On live broadcast under the bare feet of anger, together we endured the pain
And the thief is deft and the enemy is around and ready; contrary to war, he’s silent and invisible
My perception has exceeded a childish hormone longing for the warm arms of the revolution
Between the pen and the idea is a truth, if the truth is vice, a cunning apathetic body is the blessing

Abdalla narrates a fallen revolution for which he longs but eventually loses hope. As an Egyptian and a history fan, I could see this as being very specific to me and as being very universal. Abdalla’s lyrics are also dreamy and psychedelic, they takes a devoted listener to encode. In Iham, he tells his story with 'Iham' which could be interpreted as a woman's name or as the literal meaning that is inspiration. This double entendre is interesting and thought-provoking; it gives you a different listen each time. Abdalla sings:

El Morrabaa’s lyrics are the kind that could mean different things to different people. His language is simple but effective, balancing accessible and sophisticated. In a region with such diverse dialects and accents for a single language, Abdalla knows how to speak his mind while reaching as many people as possible. His lyrics are a very pure form of self-expression that is honest, melancholic, and pensive.El Morrabaa is a band that is not afraid to take risks. With Abdalla and the Shawagfeh brothers all having side jobs, they have nothing to lose. They play the music they like and they express what they feel. Their latest album is a testament to their musical integrity; not falling for the trendy “inspirational” songs or the cheap lyrics to cater to the masses and gain more success and mainstream popularity. They are more about the vibe and mood than technicality and complexity. Taraf Al Khayt’s most minimalistic moments are perhaps its best and most characteristic of Morrabaa, but its more complex and experimental moments are what makes it worth listening to. From Ilham’s distortion, to Shiber Maii’s monotonic delivery, the vocals offer no dull moment on this record. The use of electronics on tracks such as Shiber Maii and 100000 Malion Meel are unlike anything you’ve heard in Arabic music before. More classical and orchestrated sounds like Biddeesh Aaraf Ana Min Wein and El Bath El Haii show off the band’s acceptance of various elements and influences and their amazing range and talent.

Overall, Taraf Al Khayt is the birth of a true Arab musical act that is El Morrabaa. The album makes every track count, from vocals, to lyrics, to mixing genres and sounds. It is a remarkable listen for the true music geek in you, with its fusion of so many different elements, all whilst delivering meaningful lyrics and ideas. Taraf Al Khayt is the strongest release of 2016. I’m beyond excited to see what they have to offer next.

Den Sorte Skole on Playing D-CAF, Collaborating with Islam Chipsy, and the Universality of Music