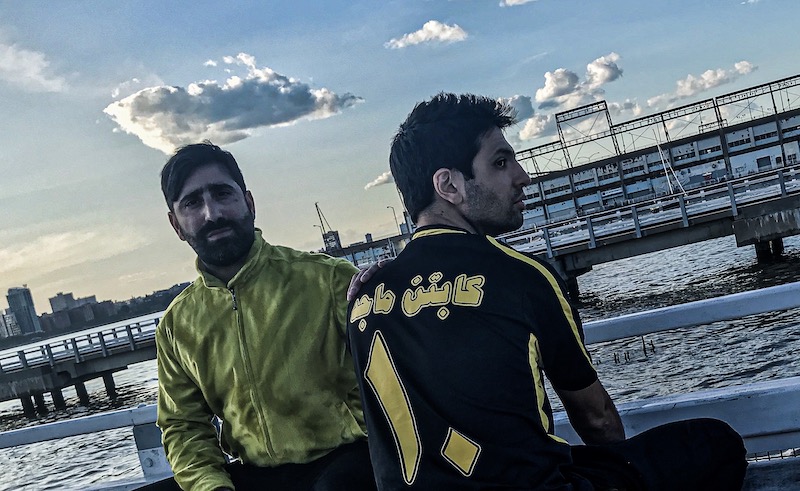 Wake Island is an island that lies in the Pacific Ocean, almost halfway between Asia and North America. Lebanese musicians Philippe Manasseh and Nadim Maghzal took symbolism from the island, because in many ways they to find, live and project this middle-ground between their Middle Eastern identities and their North American, thriving to reconcile these two worlds to the best of their abilities.

Philippe and Nadim met in Montreal where they both moved to attend university after upbringings in Lebanon with short intermittent diasporas to Paris and Montreal at the end of the civil war. To make matters even more complicated, their move to Canada was shortly after the events of 9/11 which all but lessened from their feelings of alienation.

The duo formed their first band under the name of Intensive Care in 2008 which saw them utilize a variety of progressive rock and jazz influences, releasing one album and one EP. From Intensive Care the duo organically formed Wake Island where slowly transitioned their sound from rock to electronic music with their first album - Out - released in 2016 before making full fledged electronic music in their following released like their Sentimental Animals EP and singles like “We Said Yes”.

Earlier this year they released “Comme ça” the second single from their upcoming follow-up album and coincidentally their first French single. This single is particular special for the duo for two main reason, the first is owed to how much of a role French played in their upbringing and the second being the song discussing the ever-present struggle of finding a place where you belong. The song’s music video features multiple actors from Quebec's cultural and LGBT scenes, two of which previously worked with Egyptian/Canadian director Xavier Dolan.

We caught up with Wake Island during their performance at Tap Maadi in the midst of their mini Middle Eastern tour to discuss their genesis, their choice of electronic music as a medium, their new party series - LayLit and their quest to reconcile their Arab and Middle Eastern identities.