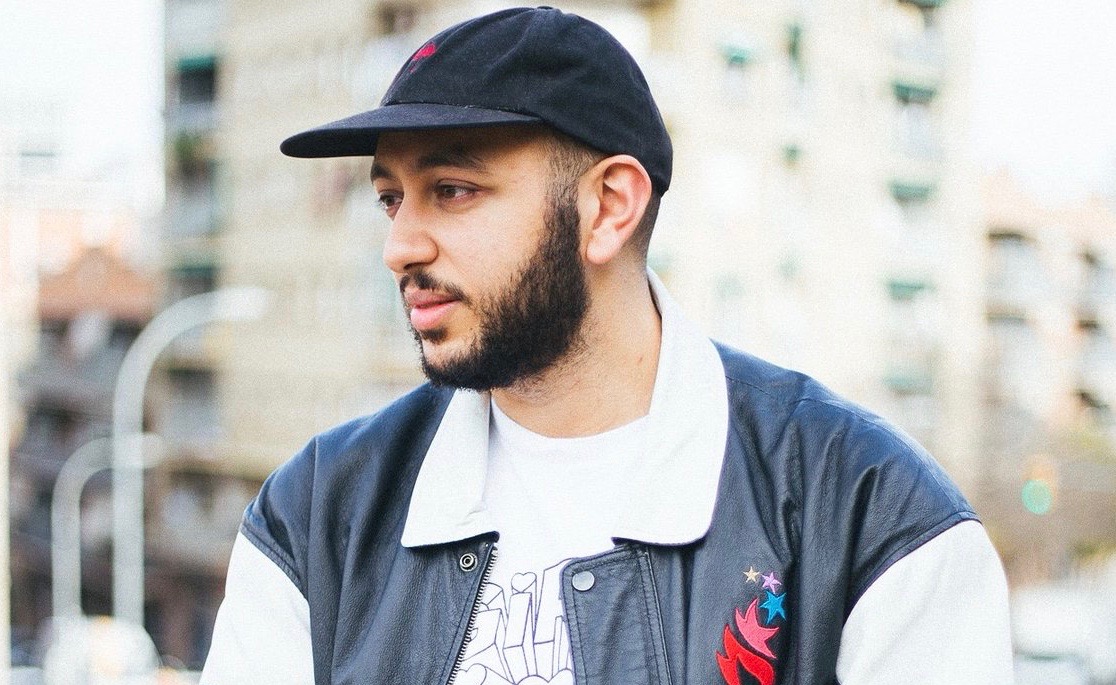 Born in Egypt to Egyptian parents yet residing between five UK cities, Morocco and Spain since the age of three, 25-year old Mo Ayoub is - to say the least - a worldly young individual. The creative’s colourful, wide-ranging experiences are reflected in his endeavours as DJ, radio presenter & producer (between the UK and Spain) as well as broadcast voice actor, and in the eclectic range of music styles he vents, ranging from jungle and hip hop to footwork and Arabian melodica. Kicking off his DJ career at Leeds University’s Student Radio station (LSR), Mo has since been rising through the ranks of the media industry and racking up accolades - namely, Reelworld and Radio Academy’s 30 Under 30 - all with a unique modesty. You can catch him on Reprezent as resident DJ for the station’s Drivetime show (on Saturdays, 4-6pm) and on Liverpool’s Melodic Distraction in which he offers a monthly mix of 160BPM chaos. Following his set at our very own Fresh Meat series, in which he played his signature scatty jungle with fresh bass cuts, Mo chatted to us about his hectic upbringing, music tastes, accolades (humbly), and his vision for the future.What's your story?

My story is long and haggered. I am Egyptian in all senses of the word…Mum and Dad are Egyptian, Mum’s side live in Cairo and Dad’s in Dubai. I was born in Egypt, grew up there until I was three which was when I moved to the UK. I’ve lived in Blackburn, Bristol, Cardiff, Liverpool, Leeds, London, Morocco for a year, Spain for three months. A big mess really. I studied Arabic and Spanish at Leeds. My experience at Leeds formed a very important crux in my life as my Arabic was quite broken till about the age of about 18. I felt like it opened me up…I like learning languages a lot. I’ve been fortunate enough to be able to travel, put my languages to use and to discover a load of talent that lies out there. Since graduating, I’ve been back and forth doing radio shows, DJing and broadcast presenting (voice).

How have the last couple of years since you graduated from uni been treating you?

This year personally has been quite grim...I experienced a quarter life crisis at its finest. That’s really influenced my music. The last couple of years have been more formative than uni. Coming to London with the aim of working in the creative field has been an absolute headache, especially given that I don’t look English, but it’s been a great experience. I’ve found a world of people – like yourselves – who are about getting together and connecting with people…it’s insane and personally encouraging.

Can you talk to us about your involvement with Channel 4, Reprezent and Melodic Distraction?

Radio and TV are my two main mediums. Channel 4 is my main hustle – it keeps me in London. I do voiceovers for them in which I big up programmes right before they're on telly, and on the end credits. I’ve been working with the radio station Reprezent for the last two years now…I do their Saturday Drivetime show during which I showcase global sounds from everywhere you can imagine. The Melodic Distraction show is, on the flip side, a 160BPM show comprising jungle, scatty footwork, hip hop and Arab sounds…it’s a musical mess.What genre of music do you gravitate towards most?

A lot of people who want to know the genre that I play get confused. I don’t play a genre. The sound that I like to represent is melancholic. I love the feeling of melancholia. A lot of people focus too much about constantly being happy on radio and while that’s great - because for the vast majority radio is an escape and so it should be - people should also mellow out and take stuff in. A lot of the stuff I listened to as I was growing up was melancholic out of my own choosing. I think that even in heavy bass sounds there is a lot of melancholia. Obviously if there’s a song that bangs, whether it’s from Morocco’s Issam or new Warp stuff, I’m going to drop it. But a lot of the time I stick to mellow…it’s my brand and I don’t shy away from it.When did you start getting properly stuck into music?

When I was growing up there was this really weird mix of everything. Mum was singing Arabic music all the time, whereas Dad was more into the western stuff due to his upbringing in Dubai. My first memory of when music started to take over was when I found a 50 Cent CD in Dad’s car. I stuck it on the computer at home and here I am...so Dad's to blame for the hip hop side of things. When I was about 15, around the time I was taking my GCSEs, I was frequently tapping into the radio…1Xtra, Rinse, NTS. No one was listening to Japanese 80s groove from NTS’s Japan Blues at my age. I was also listening to a lot of old-skool house from the likes of Pete Tong and Judge Jules.

Uni was when I started DJing. I wanted to start mixing so I got involved with the student radio up in Leeds which had decks and stuff. That’s when I started to get into electronic music because Leeds was – and still very much is – the scene for it. Canal Mills had just opened and I was going to their nights…that’s when I was like I need to step up my game.

While I was living in Fez, the most traditional city in Morocco, I was listening to Gnawa and other traditional forms of music which gave me so much headspace. I rediscovered my stability and balance there. At the moment, I feel like we are drowning in music… I am tempted to go back to be honest to get much-needed headspace.

Talk me through your accolades.

I don’t think of my awards as a solo venture. I hate being placed on a pedestal, it puts me in a negative mind space. People tend to forget the environment that you’re in and the people that have helped you get to that point…I see my accolades in this light. There are so many different voices behind these big awards that need to be taking into consideration. Low and short, it’s nice to be awarded something as it shows that people care, but honestly everyone should back themselves.What are your future projects?

I see myself working for a big broadcaster. I know how to do stuff beyond music which could lead me onto other things. I want to take risks and chances on things. There is so much scope for conversations that are yet to be had. I want to get people talking as well as involved because I feel that everyone deserves a chance. I’d love to go back to Cairo and do music and DJ workshops, or maybe put on events that wouldn’t cost the world. I’m sure there are so many people that want to get into music here in Cairo. I definitely don’t see my future being tied to London. For now though, my aim is to present for a big broadcaster. One step at a time though eh?