We caught up with Honey Dijon after her Desperados' SkyFest set at a secret location near Barcelona. 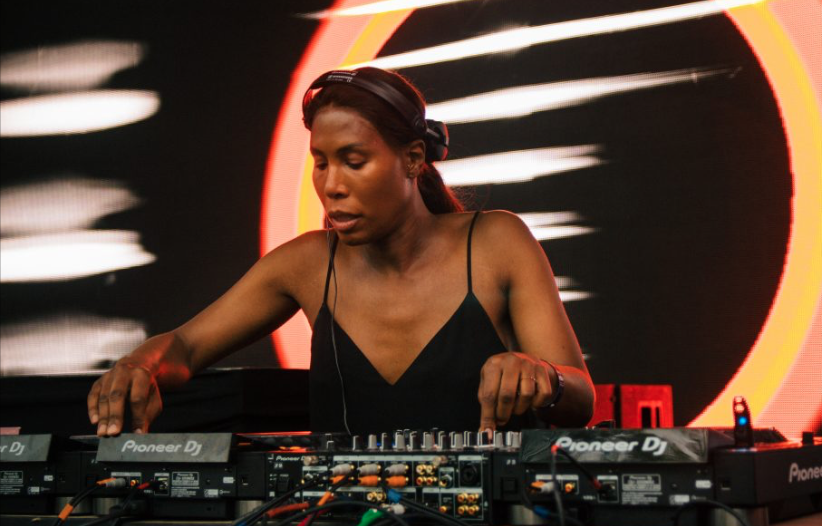 Desparados have been pushing the envelope of what it is to go to a party lately. Four walls are so blasé, man; how about a party in zero gravity or a party on a moving train! In an event series that seems to follow the storyboard of a Mission Impossible flick, this past September we were invited to up the ante/take things to another level - literally - with a party in the sky. In the depths of the Catalonian mountains, we were taken up in hot air balloons whilst listening to the live tunes of Jackmaster, Paco Osuna, and Honey Dijon, the latter whom we caught up with after coming down to Earth.

Very few artists can say they’ve had a beginning similar to Honey’s. Born and raised in Chicago during the epoch of house music, digging around in record shops and meeting her now long time friend and mentor Derrick Carter, moving to New York City and meeting another legend, Danny Tenaglia, who would also shape her musical taste. Honey Dijon’s sound is an unwavering testimony to the music’s origins. It’s Chicago meets NYC, it’s a homage to how the whole movement started and a shining example of the attributes it shouldn’t lose. A proudly black transgender woman, Miss Dijon is more than just a DJ. She’s one of the most outspoken activists on gender inequality in the industry. She’s also heavily involved with the world of fashion, playing at parties for Hermès, Balenciaga, and Givenchy to name a few. She even soundtracked Louis Vuitton’s fall-winter ’17 men’s show this past January that featured that internet-breaking Supreme x LV collection. Honey’s list of achievements makes her seem like superwoman at times, but no one doubts that where she is in her career today came through nothing but sheer hard work.

After she landed her balloon and wrapped up her set, Miss Honey talked to us about gender issues, online dating, and even got her opinion on Egypt's very own Horrible DJs.

I have a bunch of questions to ask.

Ok, well start with number one

Then start with number five.

Have you visited the Middle East before? That’s actually number five.

Yes I’ve been to Israel. Tel Aviv and Jerusalem.

Did you play there?

I played at The Block.

It was amazing, it was really fucking awesome.

Were you surprised by that?

I’m not surprised by anything. When you’re a person of colour around the world nothing is surprising, so it doesn’t really matter.

But it was great, I think countries that live in political unease for very long periods of time tend to be more celebratory about life and open about life and more embracing of people. So I always have a great time when I’m in those places.

Yeah, I think maybe your expectations are one thing, but when you end up going to the Middle East it’s something else?

Have you ever speed dated before? I’m going way off the questions.

Unfortunately [laughs], I was on Tinder, but I got off because I found that, and I don’t mean this in a derogatory way, but it was meant for people who go to work and do the same things every day. And as a creative person it was very challenging for me because I don’t have a set life, you know, I’m constantly travelling, I’m constantly around creative people. So I found very simple people in those things. So I wasn’t meeting the kind of person that I wanted to date. Ok fair enough, choose a number between one and -

What was it like growing up in the golden age of the Chicago house scene?

It was just as magical as it sounds [laughs], it was fucking awesome.

And has it changed for better or worse?

Everything is worse because you have to realize that before the internet people actually had to go out. God forbid. God forbid [laughs]. There was no cell phones, there was no internet, there was no social media. So you had to go out and participate in life in order to connect with people and to hear music and to be a part of subcultures and to bring something to the table instead of just taking away from what you want. So it was awesome.

Do you want to pick a number or should we just carry on?

Are there any specific upcoming DJs and producers that you’re into, and think we should know about? Who are you liking right now?

Whose music am I really liking right now? There’s this producer called Uhurulu, there’s another person called (Rombadian?) from the UK whose work I love, Eagles & Butterflies, which I really love. Those are just a few people off the top of my head.

Have you heard of the Horrible DJs before?

Why would they call themselves that?

Why would they put that horrible energy out there? Horrible DJs, really? No, I haven’t heard of them. Are they white kids?

The thing about being an artist is that if you’re living in the moment you’re constantly re-amending yourself, so even people that have been around for 20 years can be a new DJ to me, or new producer. So for me, I don’t look at art in a time frame, you know, people happen when they happen. People come back, people go away, so I still listen to a lot of people. Like Derrick Carter just made some new music and it sounds new to me. When you DJ you’re very diverse in terms of what you play, do you think it’s more important to craft your sound and for people to know your sound or to be just absolutely adaptable?

Well, I think it’s important to be absolutely adaptable, and also I don’t like being pigeonholed. When I used to go out clubbing, I wanted to go out and hear music and be surprised. Because if you go out and hear the same DJ and they play the same shit all the time, then you’re gonna get bored. Then, if you get too familiar with what they’re doing and then they change it up you won’t like them anymore. So I guess my sound would be inconsistency [laughs].

We went to a nightclub last night called City Hall in Barcelona and it was just two hours of dum, dum, dum...

Even worse and you would just wish in between they would play some Frozen, Let It Go, anything.

Tech house is for people that - I’m gonna reserve this for another conversation [laughs]. But I’m not a fan of these two words put together in one sentence.

Pick another number between one and twelve.

Where in the world do you see as the most welcoming place for an electronic musician? Are there countries or regions that are doing better at fostering this type of music and culture?

Everyone says Berlin, what is it about Berlin?

You have to go.

I’ve been to Berlin.

So what you do think?

I’m just in awe at how they absorb this music/party culture within their lives, it’s not just something on the side. They live it.

So there, you’ve answered your own question!

How would you compare the Chicago and New York scenes to Berlin?

I don’t believe in comparison games. Each city has its own thing.

Well, there must be, like, a certain sound manifested in each one.

Yeah of course there’s a certain sound, but to me it’s all 4/4, it’s all kick drum. Every sound of the music is just a kick drum, a high hat, a clap, a closed hat, a snare, a bass. It’s just a matter of BPM and arranging things, so to me, I look at it all the same. I suppose you dissect it as you hear it, yeah I’m more about how music feels and how it sounds than what category it’s put under. OK, last question, make it a good one, make it sexy, make it sexy boo [laughs].

So you did a talk at MoMa PS1 about gender equality in music. Why do you think it is a male-dominated industry?

Are you kidding me? Are you talking about this from a global perspective or a music perspective? Isn’t everything a male -dominated industry, except modeling for women? The only place women have power is normally with sex, or beauty, or birth.

And have you used any of these, like had a baby to be a DJ?

No, I won’t have a baby, but I’ve definitely used sex as power and it’s fun. I mean, if all women decided to close their legs for you it would be an amazing world, wouldn’t it?

I’m sure everyone would be nuclear destroyed, do you see what Kim Jung Un is doing everyday?

You have one more question.

We’re partying in the sky with Desperados’ Inner Tequila Studios with balloons everywhere. What does an experience like that do to the music industry and did you enjoy yourself?

Well, it’s the first time I’ve done something like that and I’m one of those people that like to try new things. It’s surreal because when you’re used to DJing, clubs and small environments and even festivals, it’s not the same as being hoisted up in the air and looking down on people and having someone put fire above your head. But it’s fun, it offers a different perspective and experience on how to appreciate music.

And so you appreciate these kinds of productions?