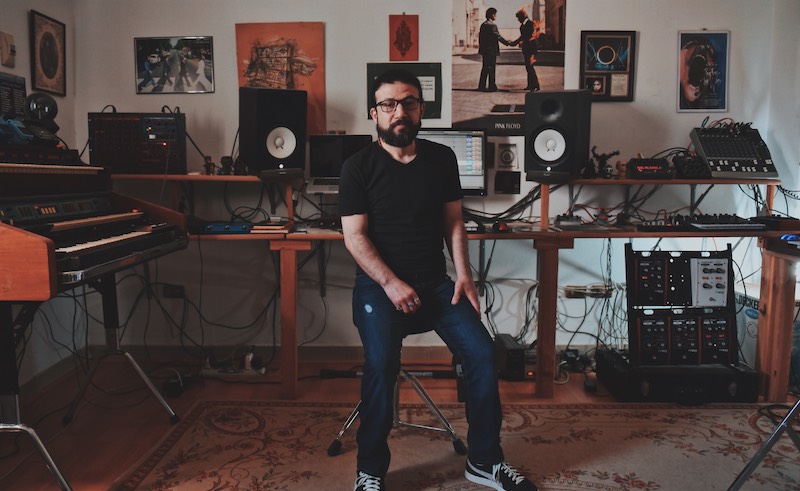 Producer, performer and synth-whiz Mohamed Ragab has been pioneering figure in Egypt’s alternative music scene for well over a decade, bringing forth new sounds and approaches through his different projects throughout the years, namely Project Zero, The Room, Burdizo and Machine Eat Man.

We caught up with Mohamed Ragab ahead of the launch event for his third, full length studio album Majhoul at Cairo Jazz Club on March 26th. Majhoul sees a major change of direction in Ragab’s music, as this is the first time incorporates vocals, provided by Scarab’s Sammy Sayed, to his music. In this interview Mohamed walked us through his earliest projects, how he finally decided to give the machine a voice and how making music is never about studio equipment.