Konstancy: The Genesis of A Young Palestinian Rapper in Diaspora 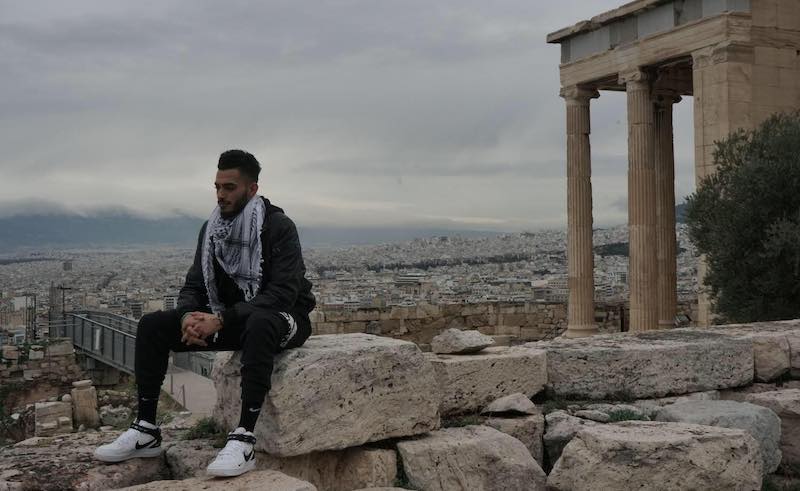 One of the youngest regional rappers to catch our eye in recent times is Cyprus-based, Palestinian artist, Yousef Qaraeen aka Konstancy. With only one EP and a handful of singles to his name so far, Yousef doesn’t stand in out in terms of consistent output or big collaborations. He does, however, stand out in regards to how original, heartfelt and well-crafted his work has been from his very first release. Written entirely in English, Konstancy’s EP, Genesis was released in January 2018. Since then, however, he has been experimenting with Arabic lyrics in follow-up singles, ‘Fallen’ and ‘Tayer’ – a sign that he’s reaching deeper into his heritage and consciously evolving as a rapper, while also making moves to represent himself not only as a Palestinian artist, but a proud Arab.

This past February Konstancy’s ethereal 'Tayer' made it on Spotify's ‘Street Poets’ Arabic hip hop playlist, proving that the young rapper is on the right path in finding a wider audience. We caught up with Yousef to learn more about his story, his influences, thoughts on rap in Palestine, writing process and upcoming plans.

Tell us about yourself. Where are you right now and what are you up to?

I’m a 22 year old Palestinian rapper from Jerusalem. Currently, I'm in Cyprus finishing up my last year as a Communications major, and I spend most of my time making songs and playing basketball. I’m currently planning my move to the States next year to pursue music fulltime.

How did you get into hip-hop?

I got into hip-hop at a very early age. Growing up, I spent a lot of time around my uncle, who had this insane CD collection of 90s/2000s music; everything from Nas and Big L to Aaliyah and Justin Timberlake. So it was always playing in the background of my childhood. We’d be in the car and I remember getting hyped every time I heard Common flow on 'Announcement', and I always thought the way that beat bounced was crazy.

Hip hop was also very raw and real for me, because it talked about things that other genres shied away from. I personally started writing when I was 13, around the same time a relative of mine was shot by an Israeli settler. That’s when reality hit me, and music was my only outlet.

What drove you to leave Palestine?

In high school, I realised I’d be limiting myself if I stayed in Palestine. As hard as it was to leave, I had to step out of that bubble and figure things out on my own, which is something that I’m grateful for, because not everyone back home gets that opportunity. I also knew that if I wanted to reach certain goals, I needed to go abroad to make it happen.

And how did you end up in Cyprus?

Before coming to Cyprus I did a semester in Dubai, but then I had some stuff going on that made it difficult to continue there. I almost ended up staying in Palestine after that actually, but a few of my friends were applying to universities in Cyprus at the time and I applied with them. Two months later I was starting a new chapter in a new place.

What are your thoughts on the rap movement sweeping through Palestine at the moment? Do you have a favorite Palestinian rapper/collective?

It’s very refreshing and inspiring, especially because a lot of artists are breaking genre boundaries. It’s also dope seeing hip-hop grow in the region and people supporting local rappers and events. I think Muqata’a is an underrated lyricist, and Shab Jdeed raps about how a lot of young Palestinians feel. The music being released is honest and it’s a reflection of our surroundings, and that’s why people fuck with it.

Walks us through your discography thus far.

I started releasing songs a few years ago, but they were mostly freestyles over other rappers' instrumentals. Then I decided that I needed to find my own sound and put out original content, so I released my first EP, Genesis, on my birthday in January. It’s a project that touches on everything I was going through at the time, things like not knowing if I’ll survive the whole summer the next time I go back to Palestine between semesters, fear of failure, heartbreak, family drama, but most importantly it was about not giving into those obstacles and fears.

Genesis is also the first book in the Bible and it talks about how the world was created from darkness, and this EP was me finding my own light through the darkness that was around me. After that, I released 'Fallen', which was my first Arabic song, and then 'Tayer' a month later, which is my most streamed song at the moment. I also dropped a song called '360 Windmill Freestyle' recently, which is just a little something until my next release at the end of this month.

Have you considered collaborations with other artists yet?

I wasn’t very open to working with other rappers up until a few months ago. I realised that my ego shouldn’t hold me back from creating something with all these talented artists, and I think the connection you form when you make a song with someone is something special. I’m currently working on a song with 'ILLIAM', and hopefully Shouly and I will have something out soon. Bu Kulthoum is also someone I definitely want to work with in the future. Then there’s the list of my dream collaborations, but more about that when it happens.

Do you feel that your listeners might face difficulties connecting your music to your homeland because you choose to rap in English?

This is actually something I think about a lot. When I started doing music, I knew that my target audience would be mostly English-speaking, because those are the people that I wanted to inform about what’s going on in Palestine. I want to tell the stories that they never see on the news. I think if I did that in Arabic, my audience would be limited, and the message wouldn’t reach the people that I want it to reach. It also goes back to the school I went to and how I grew up.

Arabic is my mother tongue, but it was always easier for me to express myself in English, and I’m more comfortable constructing all my rhymes and metaphors because of that. Recently, I’ve been challenging myself and mixing both languages in my songs, and the feedback has been great, so there’s definitely going to be more of that. My writing is also getting more personal, and I want to start showing people who I am rather than just where I come from.

Would you say there’s a common theme or emotion that ties most of your tracks together?

The songs I release are usually synonymous with where my head is at at the time, so I don’t think there’s one specific theme. I’m sure my listeners will say the same thing, because every song sparks a different emotion for every person. As long as people are listening and feeling something, whatever it may be, that’s all that matters to me.

Your stream of releases isn’t that consistent, do you attribute that to your writing process or do you face other obstacles in getting your music out?

I actually try to write everyday, even if it’s just two lines that I thought of before going to bed or while I’m outside. My biggest challenge right now is that I’m doing everything on my own, which is why the releases take longer. It’s a lot easier to put out music if you’re just recording and you have an engineer doing all the mixing and mastering for you.

Most of what I’ve released so far has come from a laptop and a mic in my bedroom, so the longest part of the process for me is getting everything to sound smooth and getting proper quality. I tend to focus on the little things too much, which can sometimes lead to a song never being released. I’m learning to be a little more lenient with myself though.

What are your upcoming plans?

These next few months are going to be pretty exciting. I have a couple of songs lined up to be released, some of the collaborations I mentioned, and one more show in Cyprus before going back to Palestine for a few weeks. I then have a show in Chicago in June, and after that I’m going to California so I can start setting things up for when I move there after I graduate next year. New challenges, new stories, new music.

Review: Jowan Safadi’s Stay Away From the Mid-Evil East and Sing For It 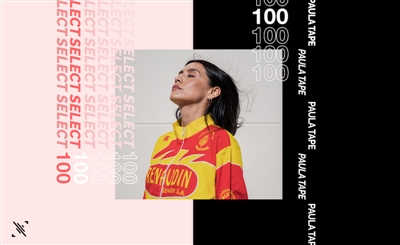 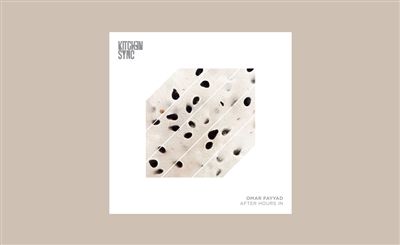 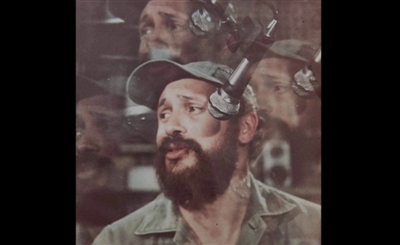