We spoke to the Egyptian rappers continuing to rap in English despite the demand for Arabic bars. 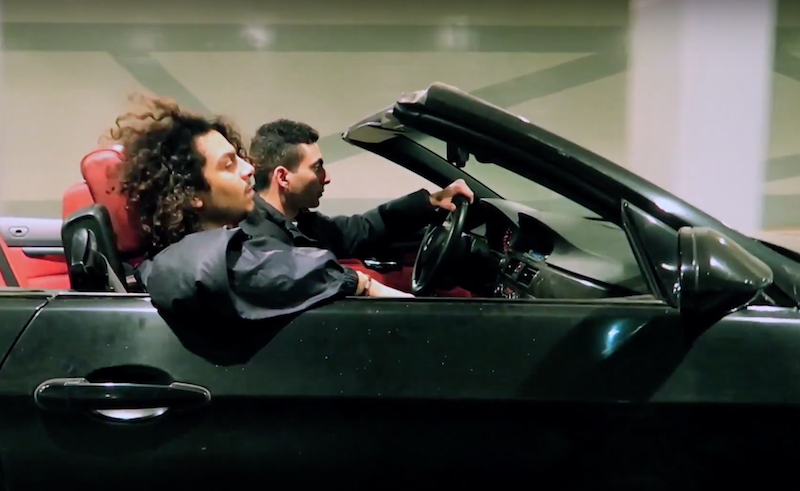 When an Egyptian artist raps in English, it raises more than a few eyebrows. Why would they do that to begin with? It definitely draws in a lot of criticism, or questions to say the least. But like an divisive issue in music or the arts, there's more than the eye can see.

The first point is the fact that when the Egyptian rap movement began to materialise in 1998, it was with the likes of Omar Boflot who starting rapping in English in 1995 during his time in Ghana, as well Taki who also did the same. They both later transitioned to Arabic, making the point that English rap was just their incubation phase, so to speak, until the demand for Arabic rap began growing. What’s interesting is that many upcoming artists like Timmy, Tي and Novo continue to favour English.

Different musicians operate by different standards, approaches and visions. Some are in it for the views and the fame, while some simply want to flex their muscles and dominate the game in either the English or Arabic arm. Take Tي for instance, who just dropped a new album and a music video. He finds rapping in English  organic and he’s comfortable rapping in the language regardless of the fact that he’s living in an Arabic speaking country.

Artists like Syxs and Meno Zein, who are now known for their Arabic work, started out rapping in English as well. But they both make good points as to why.

“I grew up listening to English hip hop and then I was introduced to Arabic rap through my friend Lord." Meno explains. "So when I started writing, I wrote in English because that’s what I was exposed to the most. When I decided to switch to Arabic, it was because people were happy with my style and flow and they didn’t care much for the language, so I decided to try it out for myself.”

“I used to rap English back then because I simply didn’t know Arabic rap existed," says Syxs. "I heard MTM back then, but it was so far the rap culture I associated with so I didn’t exactly take it seriously at the time. That was until I heard Mack D and Mic Killaz and wondered why I don’t rap in Arabic. From then on, bit by bit, we started transforming English rap to Arabic and here we are.”

However, for Timmy, his choice is much more ingrained in his own self-identity and isn't dictated by the rap scene, or the previous lackthereof.

“Living in California and living in Egypt for 13 years each, I have somewhat of an identity crisis," he explains. "And I feel a lot of people in our generation are going through the same thing. Expressing myself in English is just a product of what I’ve been through in my life. So I feel it’s time people started learning to take art as is and not critique everything from a biased standpoint. If YAYO has come out in America or Europe, you wouldn’t be asking me why I decided to do 'YAYO' in English”

Other rappers like Rush and Sfnx, members and founders of Arabian Knightz along with E-Five, Kordy and Pharoahgamo, also started out and continue to rap in English to this day. So maybe it all depends on what you intend to achieve in your career - who do you want your music to impact? The Middle Eastern listeners? Or do you want to grab everyone’s attention including the US and Europe? It’s clear that every artist has a path mapped our for himself, and some might disagree with diverting hip hop from it’s original English form.

A few question remain unanswered, however, like who would opt to listen to an Egyptian rapper rhyme in English when they have so many foreign, established artists providing the same? And when a regional artist chooses to rap, he voluntarily steps into comparisons with anyone from Migos to Kendrick  and risks getting lost in a massive pool of talent, as the US underground scene alone can swallow our entire regional movement in terms of numbers. Timmy argues that he’s well suited to comparisons like that and can still make an impact.

Many of the rappers we speak of are concerned with preserving hip-hop in its original form, maintaining its authentic identity regardless of their nationality or mother tongue, as well as make the case that Arabic rappers can rhyme in English and still compete on a global scale. One might the argue the fact that these artists only cater to a very specific segment of rap in Egypt. This segment can grow or shrink, but the focus might not be entirely on the listener but rather on the artist, who is constantly thriving to establish him/herself while also representing the region to a global audience.

The flip side to this approach, however, is that most of these rappers care very little for Arabic rap, its artists and its audience; some would even go as far to rejecting it entirely. This judgment is based on the wrong values in my opinion, as every scene has it’s good and bad.

“As a rapper, if you try and approach any of Egypt’s venues, it’s hard to get a performance," Timmy told us. People don’t want to go out of the norm, they want guitarists who sing cover songs or bands or DJs. Basically, any safe option. They don’t want to see change. Art is all about change. I feel like T’s 'Put It On' and YAYO shed a light on that."

He also recently founded Nomad Entertainment, a twist on the modern record label as we know it - and it also speaks of his organic approach to rapping in English in general.

“Nomad Entertainment isn’t a record label. It’s more of a perspective on the content that we feel Egypt deserves to see," Timmy continues. "We don’t sign artists, we collaborate with them, we try and help them out. Shooting music videos where we aren’t limited by certain ideologies. T just released 'The Bar', and 'Put It On' is coming out on Tuesday. 'YAYO was released last week. Novo is going to be releasing his EP soon. I have my own projects ready to be executed when I go to LA. There are no contracts between us. We’re just artists making music and creating content that we feel represents us.”

When all is said and done, it can be argued that, like so many 'disagreements' in rap, it's all about perspective. Egyptian, and Middle Eastern, artists rapping in English is just another form of expression for artists who found the need to show their talent using their given skill set - which happens to be rapping in English. Take the scene in Nigeria for instance; it’s one of the most mature scenes in Africa and most of its artists rap in English and a considerable number of them managed to break in to the US market. How can you be mad at that?