We talked to Anthony Semaan, co-founder of Beirut Jam Sessions about success, challenges and highlights of the project’s journey. 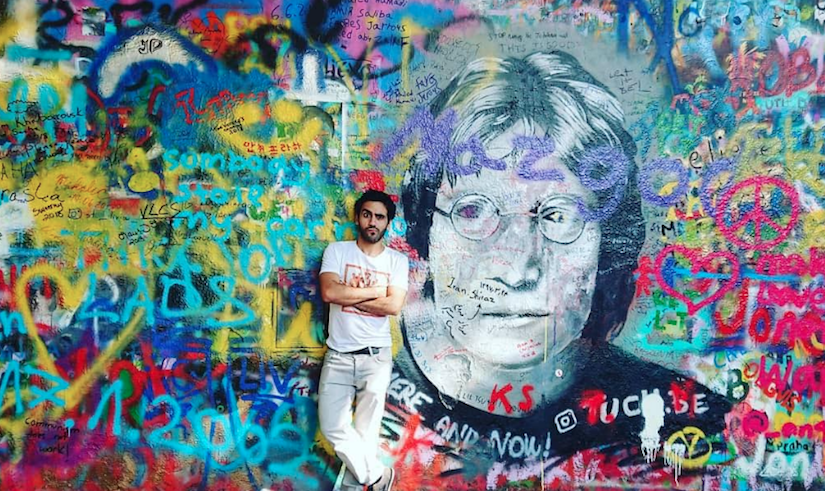 When Beirut Jam Sessions was founded back in 2012, Anthony Semaan, Roy Jamhouri, Jessica Naime and Talia Souki had a simple concept in mind: bring international bands to perform in Beirut, have local acts open for them, and in addition have them play for their YouTube channel Jam Sessions. “The vision was ultimately to offer something different to the alternative music scene in Beirut. Obviously, with time, things have changed a little bit, but the drive to keep doing cool things for the city and beyond is there” Semaan explains.

One of the pillars of the project is the organization of concerts in Beirut itself. Therefore the organizers not only aim to bring artists from all over the world to perform in the city but also want to encourage the musical exchange in the region itself. Therefore not only Middle Eastern artists are promoted to play in Beirut but also Lebanese musicians to tour in the Middle East; a dynamic that clearly shapes the scene of the area. One prediction that London-born Semaan holds about the musical development of the scene is “that when Syria is at peace, we will see an incredible change and a huge interest in the regional live music scene.”

Taking its inspiration from European channels, notably La Blogotheque, the original idea of the Beirut Jam Session YouTube channel was to have an international act perform unplugged with a local act in a raw setting in Beirut. It has evolved since then, and is being shot in locations around the country. Over the past few years, Beirut Jam Sessions has clearly established itself in the scene of Beirut and all around the region - but this is not where hard-working and strongly ambitious Semaan wants to stop.

Driven by his love for music as well as his prior experiences as a DJ in Beirut’s bars in his early twenties, the co-founder has no shortage of experience working in music. His time as a DJ especially shaped the vision he brings to the project. While he was constantly playing songs of bands that were not really known to most people at the time, prior to the age of streaming and mass access, he came to the believe that “if people in a bar were actually enjoying this type of music, then maybe it would be worth having these bands perform live in Beirut”. Long story short, at some point the music enthusiast decided to quit his job at a telecommunications company in Spain, come back to Beirut and dedicate everything to developing the music scene - thus, Beirut Jam Sessions was born.

The down to earth co-founder explains that “I don’t consider it [Beirut Jam Sessions] a success story to be honest. I believe that success stories are things that make a massive impact on a global scale. Maybe we'll reach there one day, but we're far from it now.” True to the device, it’s good as long as it lasts; Semaan believes that “it's nice for people to recognize the job we've done and are still doing, but I think I speak for all of us when I say we just like to try and make things happen.” Fortunately for the founders, they had a lot of supporters on their journey right from the start, and Semaan emphasizes that “the team I work with on the sessions and the concerts are as perseverant as I am. So for now, we'll just keep going.”

Looking back on almost seven years of work, the crew has had their ups and downs to get to where they are now. “Looking at it on a macro scale, I can say that the musical landscape has changed all over the world and in Beirut as well. That's the major challenge - adjusting to the ever-changing industry and the scenes”. From his point of view, the clubbing scene and the ongoing fusion between mixing DJ sets with live acts has changed the model of the "concert." “I can go in depth about how I believe that aspect has changed and how it has even turned concerts into social outings more than anything else...but that would require a dissertation” Semaan adds.

Next to the challenges faced, the organizers also have a load of great memories. When it comes to their Jam Session format, there are three particular shots that Semaan loves to look back on: “The one between Safar and Fareeq El Atrash is one I keep a very good memory of, as well as the one of Karim Khneisser and Joss Stone. As a solo session, the one with Yasmine Hamdan from last December stands out for me”.

Next to his favourite shots of all time, we asked Semaan for a few highlights from the past year. An outstanding moment for him was the premier show of the year with French-American electro-pop-duo Kid, “firstly because it was sold out and secondly because the session we filmed with them was never released. It's still there, just pending, waiting to be published”.

On top, he highlighted the collaborations with Jordanian musician Aziz Maraka: “Other than being such an incredibly nice person, Aziz is the ultimate professional in my opinion”. Last but not least the partnership with French rock singer Matthieu Chedid and his family had the character of a reunion, and was something that Semaan gladly looks back on, as “it's always good when such a big name wants to collaborate with us again...and this time they added their father to the mix!”

Through dedication, passion and diligence, Beirut Jam Sessions has come a long way so far, and shows no sign of slowing down. Their effort has not only lead to several international headliners performing in Beirut, but also brought regional attention to local artists - a win win situation for the whole Middle Eastern music scene. The YouTube Jam Sessions not only mark the introduction of this format for the first time in the region, but have created room for unlikely and unique collaborations in unforgettable settings. Keeping the future mysterious, Semaan states that “until we do what we're planning to do, there's no point in revealing anything. We have some really cool plans for the year...hopefully we can make them happen, but until then, just stay tuned.” We will for sure.

Top 10 Trending Music Videos of 2018 in the Middle East