In an ongoing search for identity through music, Gharam Electric re-imagines what Arabic music can sound like in this postmodern release. 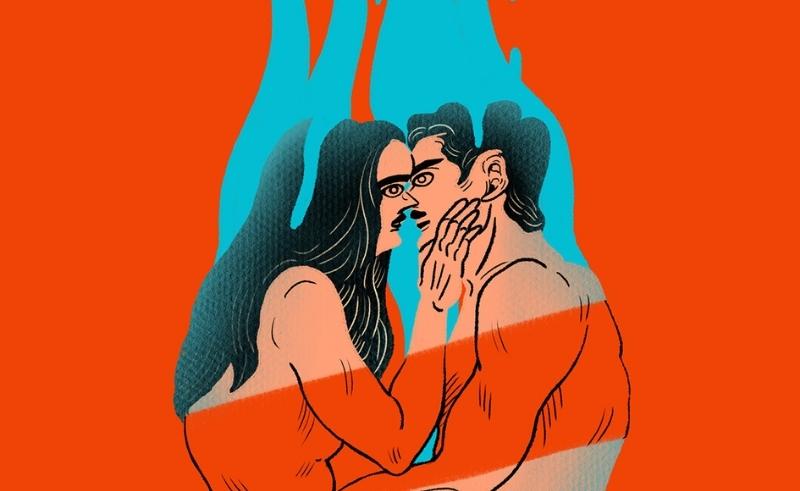 Gharam Electric is a project out of Beirut, Lebanon, that started with the vision of offering a new take on Arabic music that does not resort to exoticism or folkloric aesthetics typically associated with the region, but rather one that is simply sexy, fun, and approachable to a veritable cross-section of tastes. In the silky smooth soup of Arabic falsetto, synthesisers, driving bass and nostalgic Eastern tones, Gharam Electric’s debut album hits all the right spots.

In an exclusive interview, founder of the project Wassim Bou Malham told SceneNoise that he wanted to make music that he could hear at a club, music that’s easy to dance to and that puts you in a good mood. Malham has been an unprecedentedly proactive and pioneering voice in the music industry for over 11 years as lead of Lebanese indie rock band Who Killed Bruce Lee, a prolific DJ, and co-founder of Lebanese nightlife giants Factory People.

Four years ago, Malham began to question his choice of singing in English rather than Arabic, realising that he had idolised, and was deeply influenced by international pop and rock acts of the 80’s and 90’s, and since he could not find regional artists that spoke to his creative interests back then, he looked to the west for inspiration.

“There weren't any Arabic rockstars back then that inspired us as kids growing up in a multifaceted world,” Wassim commented. “Arabic music hadn’t developed in that way. It was trying to be family-friendly and appeal to everyone.” However, he acknowledges the impact that Arabic music has had on him, and adds that since it has always been present in his life, the idea of exploring Arabic elements in his music has been brewing for years.

Because of this, Malham decided to create the music he has always wished to hear in the region, imagining what Arabic music would sound like if it had developed with the same amount of creative freedom as it did abroad. This is where he began his search for Gharam Electric's sound; ‘Futuro-Arab’. The genre coined by the artist stylishly blends funk, jazz, electronic, hip-hop, and R&B aesthetics with rich Arabic lyrics and nuanced musical ideas, and the artist’s inspiration and authenticity pierces through in his debut release.

The album’s first single ‘Faqat Ala Bali’ starts with some heavily processed vocals singing on top of dreamy organ and guitar textures. It then takes a swift turn with a smooth drum fill leading into an instrumental break. Here we are met with an infectious bass line and fresh sounding drums and percussions that set the groove in motion. Malham’s lively and playful vocals come in soon after to grab the listeners full attention, on top of expressive chord movements that add to the melodies depth and richness.

Halfway through the track, we are met with a clean guitar solo playing Eastern melodies on top of a bed of pads and claps. The track then transitions into a head-bopping electronic section that is dominated by a soaring synth lead playing a moving solo that continues to evolve and harmonise.

In a private listening session hosted by SceneNoise last month for Gharam Electric, the team got an early peek at the full self-titled album, which takes the exploration of Arabic music in new and exhilarating directions. The album experiments with different ways of blending East and West, resulting in a novel sound that paves the way for new forms of artistic experimentation in the future. More singles from the album will be released in upcoming months, with the full album set to be released in 2023.

It takes an army to put something together so well crafted and Malham leaned upon a whole host of the region’s finest to collaborate on various tracks including: Musicians Nino, who played guitar on the album, Abdo Sawma on drums, Rami Bou Khalil on keyboard, Charbel Sawma on Bass, Recording Engineer Ziad Mukarzel, Ammar 808 AKA Sofyann Ben Youssef who finalised the production of the album, Suleiman Demian who mastered the album, Mayuki Okinawa who created the iconic visuals, And Hey Porter who provided the stunning calligraphy for the artwork.