Their golden days might be over but they still live on in our hearts. 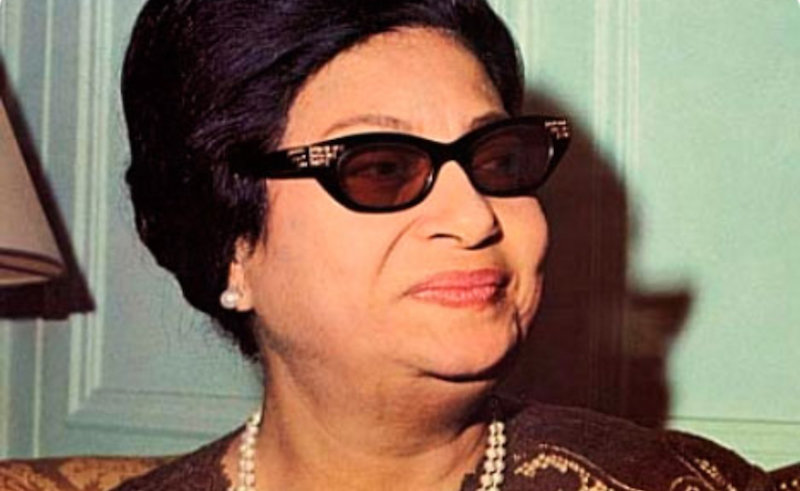 The Egyptians love for music can be dated back as far as to the times when Ancient Egypt was still a thing. Back in the days the advanced civilization even credited their goddess Bat with the invention of music. Since then music has gone a long way in Egypt leading to the modern Egyptian classical and pop music that is still popular today.

Among the way they have been a handful of Egyptian singers that not only enjoyed popularity in their times but are still shaping Arab music until today and keep on inspiring people all over the Arab region with their work. Follow us on a brief journey back in time, highlighting five icons of the 20th century that still are highly influential today.

Considered as “the father of Egyptian popular music”, Darwish will always be remembered as one of Egypt's greatest musicians that ever existed. His big contribution to transforming and modernizing Arab music by blending in Western instruments to the harmonies of Egyptian folk music make him a pioneer in his field. Outstanding about his work is that his songs had the power to appeal to the whole Egyptian population despite of their class, making him a leader of the “cultural renaissance”. Furthermore the melody of Egypt’s 1979 declared national anthem “Bilady, Bilady, Bilady” is in fact a composition by the Alexandria-born artist. Almost a hundred years after the composers young and mysterious dead, he is still honored across the whole country. Not only are streets named after him, on top the Opera House of Alexandria is widely known as Sayed Darwish Theatre keeping the memory of the legend until today.

While Darwish contributed the melody to Egypts national anthem, it was to Cairo-born singer and composer  Mohammed Abdelwahab to arrange the song for its use as a national anthem by nobody else than back then president Anwar as-Sadat himself. Furthermore Abdelwahab has not only contributed to “Bilady, Bilady, Bilady” but is widely known across the Arab world for being involved in the composing of further national anthems as Libya's “Ya Beladi” or the piece “Ishy Bilady” the artist composed for the government of the United Arab Emirates in 1971. Next to that he is famed as the first composist that re-composed Arab poems and songs using European music. Unforgotten and still inspiring us until today are 1941s “Al Gondol” where he effortlessly introduced the Walzer as a rhythm during the song as well as when he added some Rock and Roll to Abdel Halim Hafez’s “Ya Albi Ya Khali” in 1957 or his ongoing work with Egyptian legend Om Kalthoum.

Entitled as “The Voice of Egypt” the singer counts  as an icon throughout the entire Arab world. The magic of “Egypt’s fourth pyramid” consists of her ability of making you hear your own stories in her songs which widely deal with themes of love, longing and loss. Just like Darwish, she managed to touch people throughout all classes. Not only was Kalthoum famous for her strong, resounding voice that could be smooth like honey or shatter glass in its heights but also for her very clear pronunciations of words. From a very young age her talent was recognized and encouraged by her father Skeikh Ibrahim thanks to whom she had her first audiences, dressed up as a boy back then. This was only the beginning of an incomparable long career that had its peak in the 1940s and early 1950s and the rise of an idol that is still celebrated today. Aiming to bring the tradition of Arab songs to the modern era, Kalthoums story is deeply connected to the history of Egyptians modernization after the 1919s revolution. Only through the use of modern technology as the radio, she managed to mobilize a whole nation, leaving the streets empty whenever her concerts were broadcasted. Until her death in 1975 the icon was beloved and is still inspiring the whole region until today.

Known as “The Voice of the People”, the well-known blind Egyptian composer and singer was loved by the population and looked at critically by the government at the same time. Together with the poet Ahmed Fouad Negm, he was notably known for criticizing the government and the living conditions of the population during the 1960s and 1970s which leas to them being imprisoned several times. Some of their songs as “Shayyed Osoorak” were even still used during the revolution on Tahrir as well as during the Arab Spring in Tunisia, still delivering the same powerful political message they had back then.

With over 80 million records sold until today, the “King Of Arab Music” is widely celebrated for his patriotic songs that were still moving people during the January 25th revolution. His unique talent and the deep passion in his voice was discovered when he performed the songs of Mohammed Abdel Wahab at the Arab Music Institute in Cairo when he was only 14 years old. Later he closely worked together with Abdel Wahab on his music. Outstanding is that Hafez was not only a singer but also knew how to play a handful of different instruments as as the oboe, drums, piano, oud, clarinet and the guitar and took his shot to introduce many new instruments to the music of the Arab world that still influence modern Arab music.