5 Egyptian Live-Stream Sessions to Get Your Quarantine Party Fix

If you can't go to the party, these live stream series will bring the party to you.
by SceneNoise Team 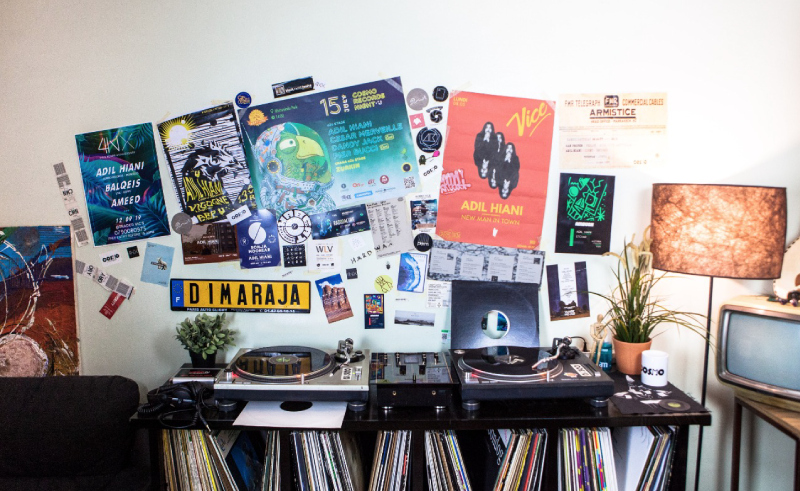 Live-streaming isn’t new to the music scene. Fact, As a concept, it's a nice gimmick, an extra element to party that an organiser can boast about – that was before the Coronavirus dug its dirty nails into the world, condemning one and all to stay at home.

Now, live streams have become the only vehicle for musicians and performers to interact with audiences and generally just be ‘out there’. In Egypt, DJs, musicians and event organisers alike have been quick to move and there are a several live-streamed series to keep music fans entertained in between washing their hands. Here are our favourites.

As one of the first live streams to be announced in Egypt, Playstream debuted as early as March 27th – an impressive feat considering that the series isn’t being broadcast out of living rooms, but a range of different scenic locations across Egypt. The brainchild of Cairo-based agency, Playground, the weekly series has taken familiar faces on the Cairo scene, including Misty, A-Squared and Sebzz, to locations such as Mit Rehan House in Giza, Dahab Island and Ard Dahshur. Each act is given a one-hour slot to unleash an original set and the results, thus far, have been impressive, thanks to the carefully selected locations and the high production values. The best is yet to come, however, with the likes of Sinai, Fayoum and Marsa Alam in the crosshairs for upcoming episodes.

Stay up to date and tune into the Playground Facebook page.

Finding inspiration in the iconic words uttered at the opening of public radio broadcasts in Egypt’s capital, Huna Al Qahira is a collective initiative from Strictly Vinyl and No Name founder, Ahmed Samy, in collaboration with Cairo-based community and talent network, COXWAINS. With digital entertainment gurus, STUDIO, taking care of the technical side of things, the series was launched with the aim of keeping the scene afloat and has put the likes of El Kontessa, Mady and Joey in the spotlight.  The more exciting part of the series, however, is the larger showcases. So far, the likes of Sakanat Studios, Fractal and Unfamilair have put their best DJs forward, with the Jellyzone and No Name waiting in the wings.

As the newest nightlife venue to take Cairo by storm, the lockdown stung Glasshouse more than most. It didn’t take the Nile-side club too long to adjust, however, and The Sunset Show was born. With the venue’s gorgeous location and STUDIO once again pushing the switches, the broadcast is certainly rather easy on the eyes. The the inaugural episode saw Cairo-based producer, Hakim, play a live set and there’s more to come.

Another stream that benefits from a spectacular view, Rooftop Sessions take place against the backdrop of a panoramic view of Red Sea heaven, El Gouna. Launched by creative agency and production house, Kroma Projekts, the series invites DJs and musician, both professional and amateur, to perform to and has offered the most variety of all the live stream series. They’ve hosted everyone from Jordanian powerhouse, Kitchen Crowd,  to local DJing favourites such as Hassan Abou Alam, Omar Zahran, Azaar and Gazbee, to silver-fox guitarist, Smoozz.

Launched to ‘cheer up Cairo hipsters’,  Kicks Agency’s Stay Home Sessions is going one step further in that it invites viewers to make donations, which are channeled to families affected by Coronavirus. They ask only for EGP 50/ USD 3, which can be paid in a number of different, convenient and, most importantly, contactless ways, then send you a private viewing link. Boasting a very decent variety of acts, the series has thus far featured Jordan’s Ayn, hip-hop DJ, Doggy Dogg, Nour Oden and YO-LAN-DA, with some nights featuring two or three acts.