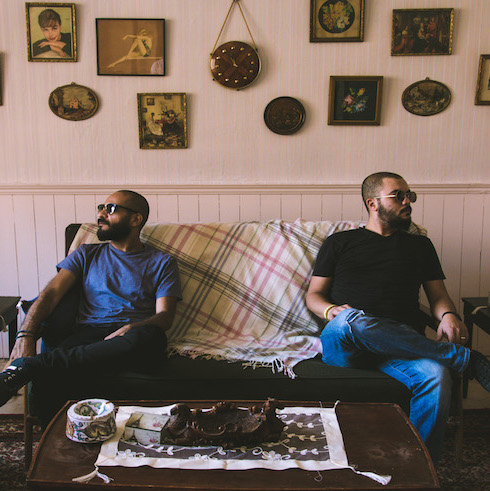 Jimi and The Saint

Jimi and The Saint is a new Cairo-based band, whose members are quite experienced and are actually veterans in the Egyptian music scene; founded by Guitarist and composer Rami Sidky, and Singer/songwriter Jimi Elgohary; the main members of the band. Both Rami and Jimi have been friends for years, each were, and still are parts of different music projects in the local music scene for over 12 years. Jimi is also frontman of the Egyptian indie pop band "Salalem", while Rami is guitarist with the popular egyptian cover band "Screwdriver" and he is also guitarist and music composer with Ramy Essam, EKS and Egyptian metal band Wyvern. Throughout the past years, Jimi and Rami played together in many occasions, where they would be replacing members of bands in gigs all around, Rami even played as a replacement guitarist with Salalem in Amman, Jordan 5 years ago. in April 2012, Jimi and Rami formed a cover band together called "Buzzz", and through playing together in the same band regularly, they have found a strong chemistry between them both as performers and as musicians, lots of common influences, and it was only a matter of time for them to join forces and create Jimi & The Saint. Jimi & The Saint "جيمي والقدّيس" was founded in October 2015 to reflect the collective ambition of both founders, out of hunger to create a new futuristic sound in the Egyptian music scene, blending rock music with electronic sounds infused with arabic lyrics that speak of real-life-influenced topics; and after 2 years of working behind closed doors in search for that sound, "Mokhak Ra7 Fein" was born to be the start of it all, collaborating on this song with up and coming Egyptian music producer Sherif Galal's wicked wizardry, the band was able to find the key to its fresh, distinctive sound, to kickstart at a high note. 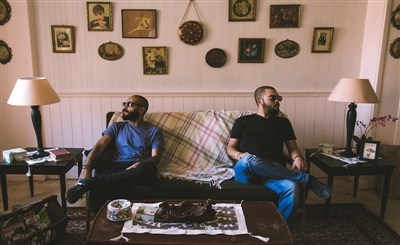