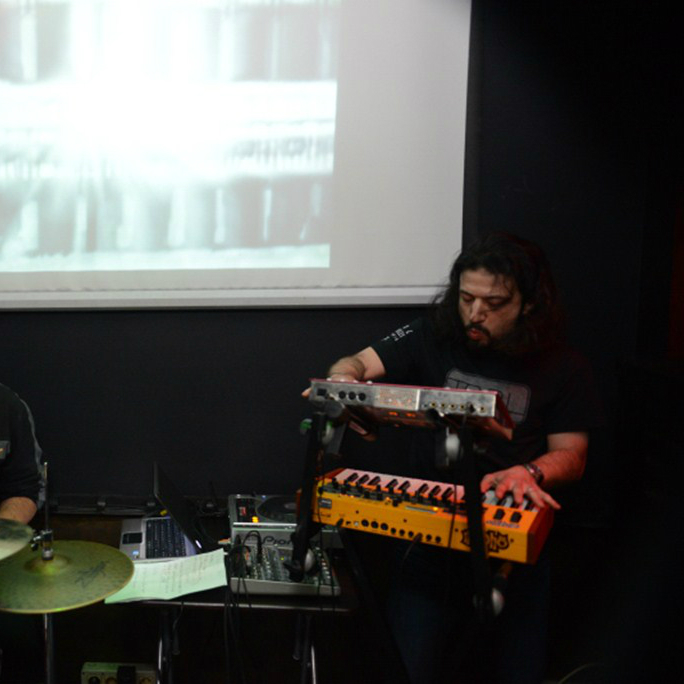 Mohamed Ragab AKA Machine Eat Man is a longtime fixture of the US festival circuit and Cairo native. As a self-described “metal-head making music with electronic instruments” Ragab has been crafting his sound for well over 20 years, and is a veteran analog synthesizer and electronic musician known for industrial, gothic electro which he has termed “Egyptronica.” Though his career developed independently and long before the rising Egyptian electronic scene, he credits much of his success to his use of Egyptian rhythms, which he partially facilitates with the uniquely Egyptian interface Darbukator. Most recently he has embarked on a new project with an array of Arab vocalists. 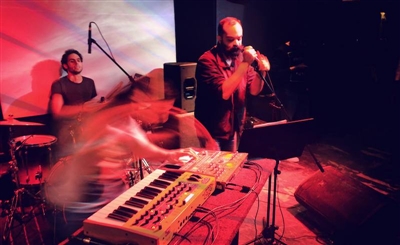 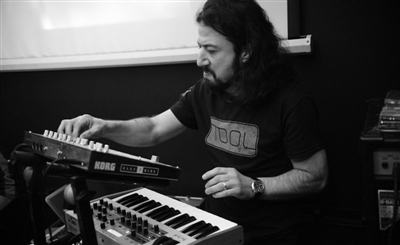