At 16 tracks and 15 features, Galaxy is a massive undertaking
by SceneNoise Team 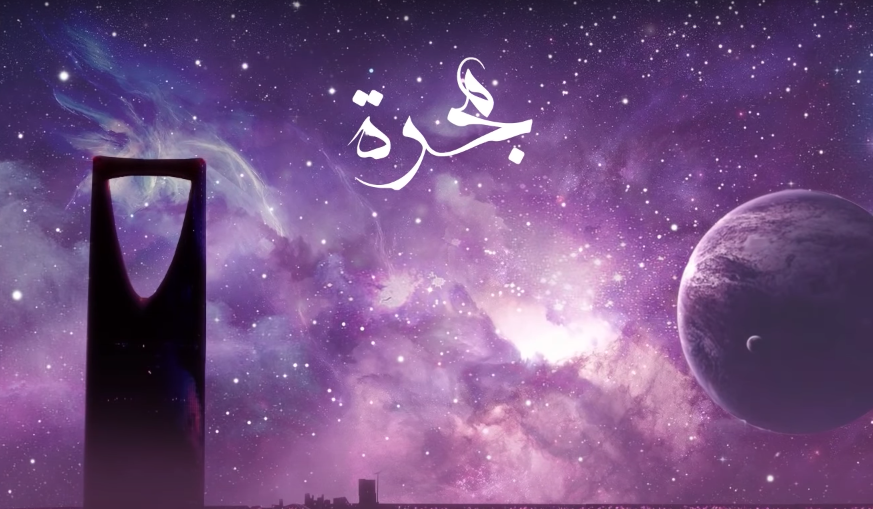 Over the past four years BLVXB has quickly established himself as one of the rising talents in Saudi Arabia’s rap scene. This latest studio album, co-produced with RUHMVN, dropped via Saudi rap collective RUHGVNG’s earlier this week. Featuring some of the hottest names in the regional trap scene, Galaxy's star studded guest list includes appearances by Freek, Too Dope, roTation, M4LEK, JARA and many more.

Galaxy goes through an entire catalogue’s worth of off-hip hop genres in order to switch things up throughout its extensive runtime, and listeners will be pleasantly surprised to hear splashes of mahraganat, lo-fi boombap, UK drill, and even brief moments of ambient amongst a veritable ocean of chart friendly trap beats.

Having produced 15/16 of the tracks on the album, collaborator RUHMVN is given plenty of room to flex their instrumental proficiency, effortlessly tackling each of the above genres in his trademark moody spin and intricate percussion work. As a whole the album comes across as very cohesively trap-oriented, with moments of genre variation being few and far between, though this isn't necessarily a bad thing; BLXVB knows exactly what he's going for on GALAXY, which has already begun making moves to the top of Saudi Arabia’s iTunes Top 10 chart.

Truly the sum of his influences, BLVXB channels some of the biggest names in rap into his autotune drenched rhymes, and listeners paying close attention will hear tight flows pinched from artists like Drake and, most noticeably, Travis Scott. Which is a shame, because BLVXB shines the most on tracks like  كوكب and بشرة where he lets his own rhythms chart a course for the lyrics, rather than relying on tried and tested flows.

Despite a hard hitting sound, and a veritable who's-who of featured artists, at 16 tracks Galaxy does feel quite bloated, and certainly may have benefitted from a more concise tracklisting. That being said, GALAXY is still loaded with potential chart-topping bangers, and ultimately falls nicely into BLVXB’s ever expanding discography.

Yemeni Singer/Songwriter Intibint Hits All The Right Notes on ‘Noise’