The Egyptian producer cements his vision for contemporary Egyptian music with the release of ‘Three Phase’. 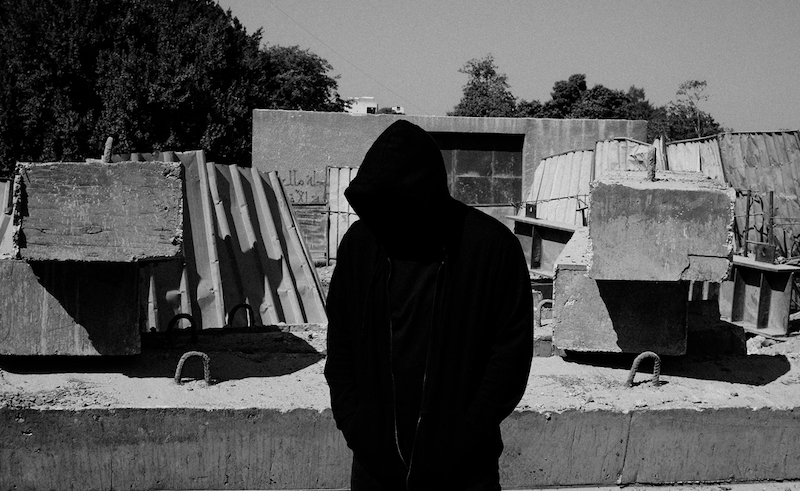 I’ve always wondered what makes the mahraganat genre enjoy this unshakeable grip it has on the Egyptian streets today. Is it the sound’s originality? The distorted, yet instantly recognisable shaabi sounds it utilises? The relatability and sheer nonconformity of its lyrics? All of these factors undoubtedly contribute, but for me one aspect of this music towers above all the others - its energy.

For nearly a decade now, mahraganat has managed to act as a release valve for the massive pressure cooker we call Egypt, thanks to the sheer catharsis evoked by its electrifying synths and explosive drums. The energy this genre carries has moved millions in Egypt, sparking raves on the street featuring masses of flare-wielding young men letting off the steam they’ve accumulated growing up in a state of frustration.

Mahraganat has made it worldwide, and the likes of Islam Chipsy, Sadat and Alaa Fifty playing abroad, bringing the genre to new audiences who had never seen anything on this level of energy except for club music. The term ‘electro-shaabi’ spread like wildfire and soon enough producers from different backgrounds started picking apart its elements.

Bring on the experimenters like Maurice Louca, Rozzma, Phil Battiekh, DJ Haram, El Kontessa, Molotof, DJ Haram, DJ Plead each of whom have brought their own twist to it without overshadowing the genres original virtues, and mahraganat simply became on of the most interesting forms of contemporary music around the world today.

Among these experimenters is a mysterious producer who goes by 3Phaz. While the name might sound fairly new to you, the artist is by no means a novice - he simply chooses to devote an entirely new alias to his shaabi-influenced work, to salvage himself from claims of bandwagoning and to let it enjoy an organic, unbiased growth.

3Phaz’s first Egyptian appearance was at the 2019 edition of Egypt’s D-CAF arts festival. Although he was on warm-up duty for rappers Wegz and Abyusif, his set evolved into much more, and the crowd ended up interacting heavily with this hoodie-clad figure supplying them with a dose of a percussive, high octane, club music-infused take on mahraganat.

Fast forward nearly exactly a year later from that appearance, and 3Phaz’s debut LP Three Phase is out on the infamous 100Copies imprint following countless gigs abroad including Nuits Sonores. The great thing about this album is that it doesn’t shy away from the excitement of its newly found sound. In other words, it doesn’t claim sophistication by trying to present as many variables as possible of the artist’s novel combination of sounds, but rather settles for the unadulterated enjoyment of its hard hitting beats for nearly its entirety.

The album opens with the standout track from 3Phaz’s D-CAF performance, ‘Dawayer’. It’s slow and easy yet, sets the tone for the rawness about to ensue. The following track, fittingly entitled ‘Siren’, utilises mahraganat’s staple siren-like synth recorded by Andro El Hawy to deliver a footwork-inspired concoction. The fourth track, ‘Exploit’, particularly sprung to attention for the way it utilises tabla percussion to create some sort of Egyptian answer to the Amen break that again develops into a sub bass-driven footwork tool.

Track number five, ‘Procession’, serves as a line break of sorts within the album. Featuring nearly no percussion at all apart from explosive thrashes of bass throughout it over the top of a synth reminiscent of that of the Yamaha PSR OR-700, made famous by Islam Chipsy. The album resets the intensity, reaching new heights of explosiveness thanks to Tarek El Shabah’s sampled percussion and 3Phaz’s masterful audio disarray, before ending with ‘Chaos Controlled’, what seemed to be an immensely distorted and squeaky take on a mawwal.