Interbellum take us on an emotional rollercoaster through memory, childhood, loss and time. 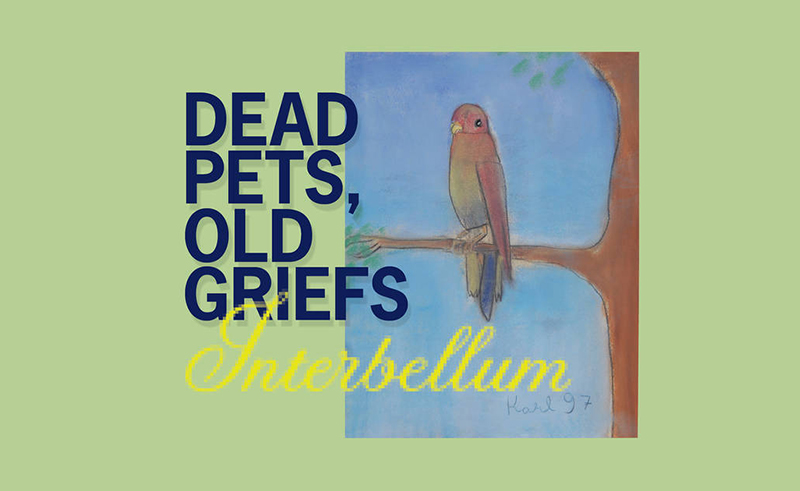 Interbellum is a venture started in 2015 by Lebanese singer/songwriter Karl Mattar and producer/multi-instrumentalist Fadi Tabbal that  often includes collaborations with other Lebanese musicians. Prior to Interbellum, Karl was behind a solo folk-rock project called Charlie Rayne which saw him embark on a 50-date tour of Europe following the success of his debut Wider Waters (2014). After Interbellum came together, they also released their debut Now Try Coughing in 2016 and have just followed it up with Dead Pets, Old Griefs earlier this month.

Now, describing Interbellum’s is no easy task; it's a blend of several familiar elements in terms of lyricism and instrumentation. Listening to one song will have so many names flowing through your mind like Bob Dylan, Asaf Avidan, Youth Lagoon, Beach House, and even The Libertines at times. Yet strangely enough there is no obvious or direct correlation between any of the aforementioned artists and Interbellum’s overall appeal.

Their latest album Dead Pets, Old Griefs is a departure from their lo-fi rock approach and a dive into more left-field territory. It starts out with soothing guitar strumming and distant vocals on 'Distortion' and jumps straight to 'Another Day' - a more upbeat, synth-infused and arpeggio-laced composition featuring vocals by Julia Sabra.

The third track 'First Light' is more on the melancholic side, with lyrics that aren’t in anyway uplifting, but rather takes a hopeful message not to lose touch with hope. 'It’s All Over' is a bit of paradox since it doesn’t sound anything like what its name denotes - it’s a more straight forward indie rock song that’s fast paced and carries elements from classic rock.

'Ready To Dissolve' sees Julia join Karl on vocals and synth once again, this time for a romantic ballad that creates an aura of comfort which one can only assume emits the harmony that combines their voices. 'Ink' was the only single released prior the full album dropping, and it sort of capitalises on every element represented in the album; the subtle megaphone style vocals, the underlying melancholy and the whimsical lyrics, but  all configured in the catchiest arrangement.

'PQRST' is the most ambient track on the album with very minimal instrumentation and nothing but Karl’s vocals and poetry as the centre piece. The next track 'For Air' qualifies the ultimate marriage of electronic and rock elements on the LP with synth pads present throughout, giving it a synth-pop feel. 'Some Ghosts' is another stripped-down, acoustic song driving the melancholy up a notch.

The final track on the LP is 'Weight of Winter', which makes for a satisfying, feel-good finale. Rhat doesn't mean it's a happy-go-lucky tune, in any stretch of the imagination, but in fact falls perfectly within the album's experimental boundaries as the music abruptly cuts off after the second minute leaving nothing but bleeps and then shortly resumes.

Overall the album is a mature undertaking that you can tell stems from years of experience and experimentation. The lyrics are more akin to poems, with as little repetition as can be with no hooks or chorus. The production is raw, the sounds are out of the box and the outcome is wholesome, authentic and all rounded.