The three-track release shows a deftness and skill in handling ambient music, well beyond the young producers' experience. 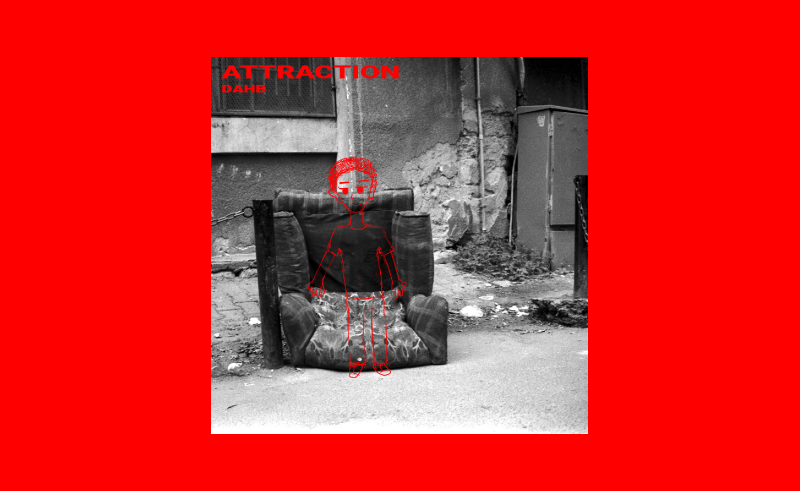 Cairo-based label, Hizz, continues to toil all the way to the left of anything happening on the local scene right now, with its latest gem coming in the form of the debuting Dahb. The young producer’s three-track EP, Attraction, has been described as “nothing but a raw state of his [Dahb’s] own head space; his darkness rides in stillness as existential melodies multiply.” What that has translated into is a dark, winding record that shows a deftness and skill beyond Dahb’s experience.

Like another recent ambient release by Hizz, J!N’s Foreigner, this EP largely avoids the failings of letting droning, humming, whirring and buzzing reign free with no direction – because unless you’re Brian Eno, that rarely flies. Instead, flashes of Dahb’s music are more deliberate and measured in sound and that’s no more evident than in the opening track. ‘Life’ is carried by a melancholic keyboard melody, whose breaks let subtle but dramatic synths shine through. It all exists in what feels like an industrial soundscape, with rumbling sound effects and a rusty echoed-effect giving the track depth.

‘Time’ is an all-round more hopeful track, so to speak, and has bags of cosmic atmosphere. The faint sounds of what one would assume is Cairo traffic wade in, setting up a nice contrast, even when the brief traffic sounds disappear – it sets the dichotomy into your head and dictates how the track is digested by the listener, giving the cosmic sounds a very different significance. But the track, overall, lacks the same progression and emotional build that the previous track handles so well.

If ‘Time’ took you to a place where you’re transcending life as you know it, looking down at the mortals tangled in traffic and other human problems, then the third and last track, ‘Death’, is your final destination. The sky, clouds and any other recognizable features of earth disappear and make way for the abyss of space itself. Its faint, celestial melody of languid, sustained notes gives it a structure – even if loosely – that the previous track lacks. It seeps into your ears like some kind of undefined, infinite murmur of pleasingly vague sounds that draw you closer and closer.

Overall, it’s an impressive debut for a virtual unknown. Hizz has the likes of Youssef Abouzeid and fuzzylittlebrain on its books – acts and musicians that are, in some contexts, considered veterans and innovators of the experimental scene in Egypt. For the label to put faith in Dahb speaks volumes and it will be interesting to see where his ‘raw head space’ and ‘existential melodies’ take him next.

Attraction is available on Bandcamp.