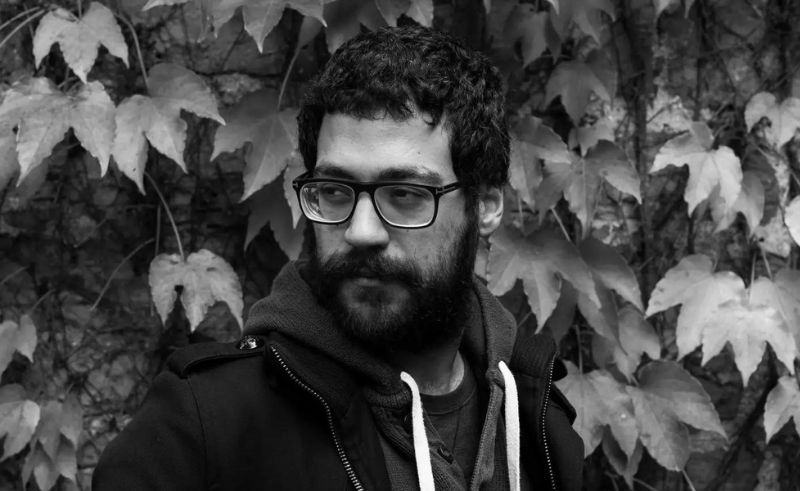 Multitalented Lebanese producer, multi-instrumentalist and singer Etyen has been a leading voice in the electronic music scene in Lebanon for years, as his meticulously detailed work speaks for itself when it comes to demonstrating his originality and forward-thinking musical ideas.

The producer has never been one to be defined by a genre, and his latest LP ‘Untitled’ sees him exploring sonic aesthetics that draw influence from countless styles from around the world. The LP merges synthetic textures with natural soundscapes to bring us a pristine Electro-Acoustic album that has taken the artist 8 years to complete.

Released under the Lebanese label Thawra Records, the release touches on an unconventional mix of genres from Lo-Fi, to trap, to world music, and beyond. This album is an honest and vulnerable documentation of the artist’s emotions which takes listeners on a journey throughout his life experiences over the past 8 years.

The album kicks off with the track ‘Lo Siento’, which starts with a nylon string guitar playing in free time. As the beat comes in, we are met with a highly swung and sloppy sounding drum beat that adds a sense of gravity to the track. Acoustic-sounding percussions keep the beat moving forward as we are met with washed out background vocals and ambient electric guitar licks that give the track a contemplative aesthetic.

Etyen slows down the pace in the next track ‘Everything Was Worth It’, which starts out with an ambient intro, where we hear sparks and static electricity leading the way for a bittersweet synth melody to Waltz right in (pun intended) in 3/4 time signature. The sparse instrumental makes use of a washed out choir-like pad adding atmosphere to the crisp drums and nostalgic melody in what sounds like a desolate video game soundtrack.

We are then met with the title track of the LP, ‘Untitled’, which sees the producer experimenting with acoustic sounds such as bells and mallets. The masterful sound designer looks to pitch bending and effects processing to build a futuristic soundscape out of familiar sounds, which are complimented by a fast paced, yet gentle drum beat, which gives the track a Lo-Fi aesthetic.

In the fourth track ‘Ame Triste’ we are met with a soft electric-keyboard playing a minimalistic melody as a pulsating synth comes in to add rhythm to the track. Evolving harmonies start to emerge between the two instruments, as a wistful lead synthesiser comes in with acoustic percussions and a submerged sounding bass, giving this track a sense of weightlessness.

The next track ‘Interlude (Je t’aime)’ starts with a fast-paced, generative-sounding synth arpeggio which is sweetened by a subtle accompanying electric piano. Windy pads then add atmosphere and texture to the serene soundscape, as a harmonically rich bass sound comes in to ground the track. This is one of the calmer moments on the album, where the meditative soundscape gives a moment of rest to the track-list.

‘Les Cigognes’ commences with a dreamy synth melody which is soon followed by an infectious drum beat and some vocal effects that add a rich texture to the beat. A dusty-sounding lead synthesiser then comes in with an evocative melody that imbues the track with a sense of melancholy. In the build-up, string-like pads add a rising intensity, leading up to a synth solo where a spastic octave-jumping melody dominates the cathartic finale.

The seventh track ‘Frost’ sees the artist experimenting with different ideas, relying on glitchy sound design and a simple yet active drum beat to bring us a head-bopping track in which twinkly  pads and steady arpeggios calmly lead the way into the second section, where trap-inspired hi-hats recontextualize the peaceful instrumental.

Following on, the track ‘Sparkles and Wine’ sees a wash of background vocals singing on top of bright mallets and a deep organ-like pad. A heavily modulated synthesiser then comes in, adding a sense of urgency in the buildup which ultimately leads to an anti-drop where an ascending synth solo takes the listener by surprise. The minimal yet intense solo section is complimented by rich drum sounds and washed out background vocals, which make this track one of the highlights on the album.

The penultimate track ‘Goodbye’ sees the artist exploring a more earthy soundscape, characterised by an acoustic guitar melody and glistening chimes. This track is the only track on the album to feature Etyen’s vocals, where the artist delivers a heartfelt yet minimal chorus. The track then rises in intensity as we are met with an explosive drop section where acoustic sounding drums and an aggressive lead synthesiser come in at full force in one of the most powerful moments in the album.

Etyen concludes the album with a rich ambient atmosphere in ‘Outro’ as resonant wind sounds gently guide us through ‘Untitled’' exit.