The Egyptian DJ/producer has been making mega headlines in Barcelona and Europe.
by Ahmed Khalaf 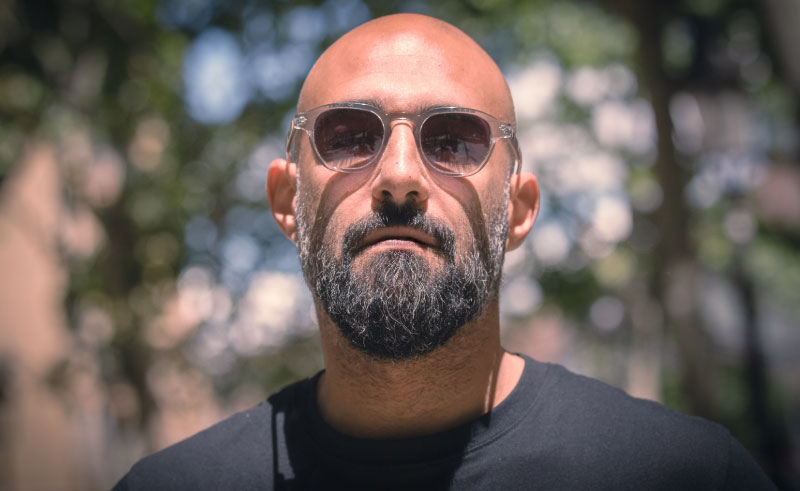 On top of a hot roll of releases across various primarily European labels, the Barcelona-based Egyptian DJ and producer Raxon has finally released his long-awaited debut album Sound of Mind on German label Kompakt Records.

Spending the past couple of decades building up his name through a portfolio of gigs and productions, Raxon made the most of his time in confinement and lockdown to finally achieve the goal of creating his debut album, and here we are a year later with it filling our ears.

After spinning decks in Dubai, Raxon moved to Europe based on advice from fellow DJ Herman Cattaneo, packing his bags and heading for the Catalan capital. Stepping away from his career origins of architecture, and swapping it for electronic music, Raxon used his talents and sheer determination to push forward his music with releases on Cocoon Recordings and DrumCode Records, as well as performing in Barcelona’s famous techno club Input, and its ‘Brunch In The City’ festival series.

The wide-ranging new album kicks off with ‘Majestic’, whose acid basslines, flangered risers, and puny breakbeat-patterned kicks with a slow BPM act as just the right introduction to the eclectic electronic album. He then leads to the hip hop-esque ‘Flyby’ with its delayed abrasive synth, wobbly bassline, and a host of effects added to the mix including distorted vocals in a low but well-heard volume.

Raxon then unleashes his inner-clubber with ‘Phantom Report’, a hypnotic tech work that’s filled with risers, syncopated top-percussion, and a four-on-the-floor kick pattern, before the producer shows his trip-hop colors in ‘Droid Solo’. The latter tackles a hip hop instrumental blended with glitches, crackles, and a ton of panned effects to complete the trip-hop experience. Next up comes ‘Vice’, an abrasive piece of work with a wobbling drone, a gritty bass, and robotic vocal chops on a bed of breakbeat percussion that pushes the limits of energy shown by the track’s predecessors.

Raxon continues on the breakbeat direction with ‘Almost Human’, ‘Journey Mode’, and ‘El Multiverse’, all filled with their own distinctively gritty basses, callous stabs and risers, and an energy-filled percussion layout that creates an intense clubbing experience. With ‘Exit Station’ acting as the ambient interlude of the album, it becomes a sharp yet mellow production with spacey pads and trembling leads accompanied by rain and forest sounds.

Finishing the album with the most energy-filled track ‘Outworld’, Raxon kicks off instantly with an acid bassline and hard hitting kicks and snares laid over a nasty lead that gives the track a deranged flavour.

The album is diverse, it is a can’t-stop-bumping-your-head kinda project in which Raxon lays out his artistic vision in a fine fashion. The Egyptian producer is set to be one of the first DJs to take the stage and decks at the Catalan capital’s raving techno club, Input, on 9th July, and fans will have a good chance to practice their head bumps until then.