Triggered by the waves of existential problems furrowing into people’s mind during the lockdown, the Cairo-based producer heads to a more positive space.
by SceneNoise Team 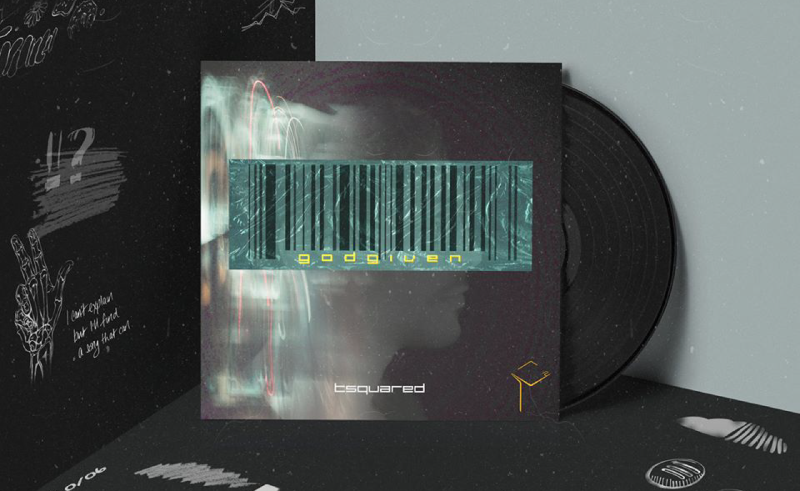 Having first emerged on SceneNoise radars at the back end of 2019, Cairo-based producer, Tsquared, has kept himself largely incognito. It was a shame, because his track, ‘PARAGON’, suggested that this was a producer with something to say. Set against some kind of 80s Miami-inspired Tron-like visuals of a car moving on an endless highway towards the moon, the lo-fi hip-hop/trip-hop piece was soulful in its use of synths to create a kind-of plodding melancholy.

Almost half a year on, Tsquared has released an EP, Godgiven, which came as a direct result of the Corona lockdown. “We’ve all been through times of self-doubt, searching in the outer world for something that would make us feel satisfied and fulfilled,” the Egyptian artist writes. “But ironically, we aren’t really aware of what our inner selves have to offer. I hope this EP gives you a different perspective, reminding you that your God-given gift is already there waiting for you to discover it and express it in the most righteous form.”

It’s a nice sentiment, but how does this translate into the four-track EP? At first listen, it feels like it maintains the same type of late-night melancholia of ‘PARAGON’. But as it lingers and slow-burns, it all builds to a much more positive, cathartic release.

This is no more apparent than in the eponymous opening track, which kicks off with an audio snippet of Michael Jackson saying, “Today, when I create my music, I feel like an Instrument of nature.”   We hear MJ a few more times throughout the track, but it’s to its detriment – once you realise that it is indeed the ‘King of Pop’, it’s almost distracting. In fact, the breaks in which the snippets appear are fine as is. The warbling brass instruments carry it through, creating a fittingly relaxed ebb and flow against and thick, leisurely boom bap-like beat.

There are more snippets of spoken word used throughout the EP, but they’re decidedly less intrusive. This is the case in track two, which boasts a similarly leisurely, lo-fi beat. Using affected vocal samples, there’s an ethereality to ‘Instinct’ that sets it apart in mood for the first track. The third track, ‘Birth Gift’, comes with a little bit of swagger, it’s near-piercing synths winding, grooving and making for an all-round jollier feel. Alongside the opening track, the closer, ‘Saxfaction’, is arguably the highlight. Like its name suggests, this is all about saxophone samples, which Tsquared chops and twists to create this uneasiness about a track that ultimately belongs on a late-night set at a jazz bar.

It’s this track that ultimately proves that the EP could have spoken its messages without the explicitness of the clips used. Yes, ‘Saxfaction’ also uses them, but in a very different way. A female voice whispers at the start, adding to the sonic make-up of the track rather than acting as a counterpoint - which you can see in halfway through, when a much clearer, louder male voice is used.

There’s an organic nature to the EP – it just moves along at its own, languid pace - but at times, the audio clips halt them in their tracks. This point aside, Godgiven says good things about the producer, who is open to collaborations and offering free beats to artists. It straddles the lines of hip-hop and trip-hop, while coating it all with a soulful, lo-fi aesthetic that makes for ideal late-night listening. Check out more of Tsquared's production on his Soundcloud.