Not their best work, let's put it that way. 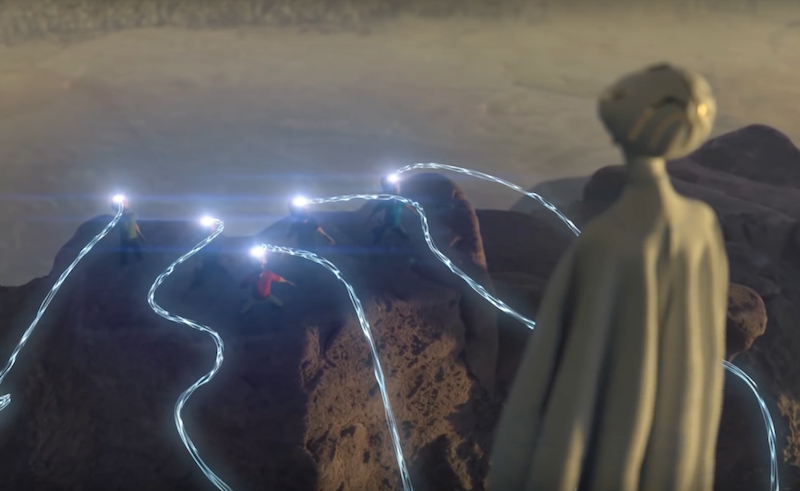 For years now Jordanian band Hayajan took pride in the fact that they’ve been proclaimed as the “Arabic Coldplay”. But in their latest song, Hayajan manage to outdo Coldplay in the sense that they’ve put out something even Chris Martin and co wouldn’t be very proud of (keep in mind they made music with Avicii, Faultline and Ron Sexsmith).

The first single off their upcoming album Khusouf Al-Ard is “Zubalah”, which literally translates to rubbish/trash. What first seemed like an odd choice of name, turned out to be a fitting description for the end product and the inspiration behind it. At first glance the music video resembles a bad remake of Nickelodeon’s Jimmy Neutron, but then when you look closer you’ll see tiny animated Hayajan members approaching a cliff edge in anticipation for an alien landing; quite an overwhelming intro.

An alien emerges then from the flying saucer in pretty badass fashion - you can tell this show off ranks highly among his species thanks to his extravagant silk robe and excessive face gear. While the heroic musicians beg the alien oligarch for mercy, he suddenly attaches tubes to their foreheads, acquiring an unidentifiable quantity of their brain juices which he instantly analyzes to find out about humanity’s horrid, maimed history. It’s still unclear however why he decided to use Hayajan as his reference.

It is unclear whether or not these events are happening before or after a War of The Worlds type alien invasion, but the respective military of the country where this takes place respond swiftly by heavily shelling the cliff Hayajan are positioned on. We’re guessing the military is more upset about the actual music than the threat to national security, otherwise they would’ve obviously aimed for the spaceship.

On a more serious note which echoes the fan’s reception, this is not up to parr with Hayajan’s previous work. And while the concept had the potential to go somewhere, it’s execution is rather premature both in terms of the song and its accompanying music video. In the meantime we’ll have to wait for the rest of the album in hope of more wholesome music.

Out of the Underground Scene of Haifa: Hisham Sabbah