Exploring the heritage of a legendary Algerian composer. 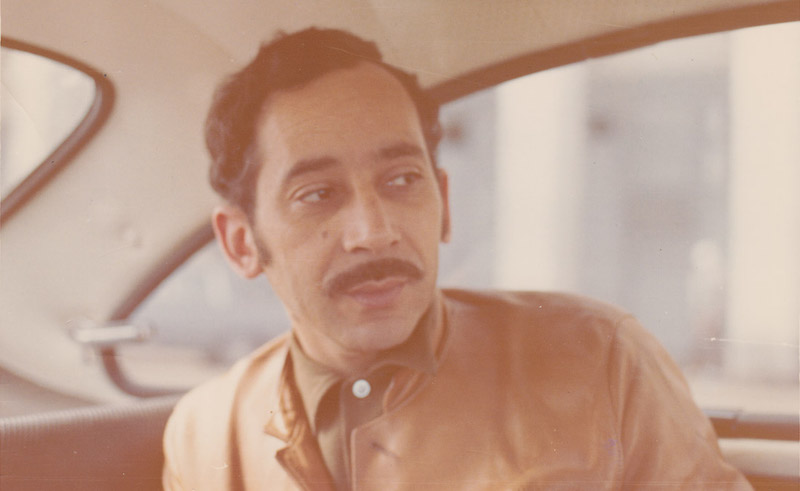 The first installment of a mini-documentary series produced by German record label Habibi Funk and Apple Music - Planet Malek - takes place in Algiers. Directed by French-Algerian DJ and filmmaker Paloma Colombe, the documentary briefly delves into the life and works of iconic Algerian composer Ahmed Malek, whose musical heritage seems to be on the brink of disappearance since he passed away in 2008.

Malek is responsible for soundtracking most of Algeria’s blockbuster pictures in the ’70s and ‘80s, and through that he became known for his combination of traditional music with jazz, psych-rock, and R&B. He was also the conductor of the "Algerian Television Orchestra“ for many decades and represented his country at international events such as the Expo In Japan, Canada, Cuba and Spain.

The majority of the film is set in Malek’s Algiers apartment, where his daughter Hénia still resides to this very day. Hénia talks the audience through her memories of her late father, his love for traveling, his child-like curiosity, his improvised home studio and even his early experimentation with digital music production using the Atari 1040 ST and early versions of Cubase.

Planet Malek also touches on some intimate topics such as the tragic passing of his mother when he was aged 12, working in a factory at a young age and the intimate relationship he shared with his daughter, to whom he even dedicated to.

This documentary follows Habibi Funk’s re-release of his Musique Originale De Films album in 2016 along with a collection of photos, unseen video footage and unreleased tracks given to the label’s co-founder Jannis by Hénia.