The Glasto stage is bringing a standalone festival to Marrakech. 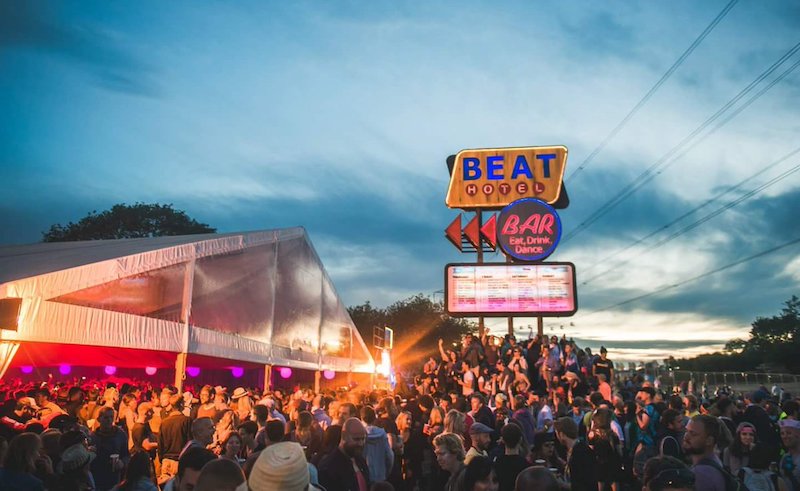 With a multitude of festivals happening in Morocco all year round, the country has earned its reputation as a MENA music destination for both regional and international music enthusiasts. From Jazzablanca and the Gnaoua World Music Festival to electronic music festivals like Oasis, Atlas and Moga, one might argue that there might be a surplus of festivals in Morocco in comparison to others.

But a new festival is on its way to the outskirts of Marrakech this March. Glastonbury’s renowned stage Beat Hotel has been a pilgrimage for hedonistic electronic music lovers for many years. This stage is transforming into an entire 4-day festival at Marrakech’s Fellah Hotel between March 23rd and April 1st.

The festival won’t only be focusing on music but will also feature several talks/workshops by a host of figures including authors Daniel Pinchbeck, Barry Miles, Irvine Welsh and DBC Pierre, installation artist Jeremy Deller and several of the lineup’s artists.

A true Beat Hotel experience wouldn’t be complete without delving into the culinary world. Food will be prepared by guest chefs from some truly exciting culinary ventures – Niklas Ekstedt, Salon, and Black Axe Mangal will set up a series of banquets each day, blending their styles with local ingredients and inspirations.