The virtual photoshoot was launched to get photographers involved in a creative process while remaining safe at home.
by SceneNoise Team 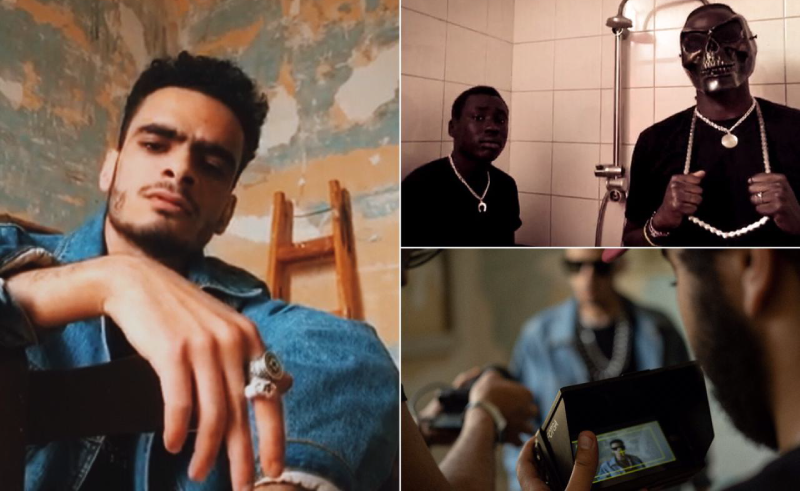 In light of the Corona crisis’ suffocating grip on the world, Egyptian rapper, L5VAV, has launched a virtual campaign for the upcoming video for his single, ‘Elvi$ PRE$ley’, which saw 10 professional photographers – including Amr El-Harery, Amr Attia and Mohamed Ragab - virtually directed a photoshoot from home. The shoot took place throughout the filming of the video – which only had a limited crew as a safety measure - and the photographers were given 30 minutes to listen to the track and come up with a certain vision. For each of their contributions, the photographers provided instructions for lighting, camera angles and the models.

It's an ambitious project, especially considering the fact that all the shots were taken with a phone camera during video calls with each photographer,  who then took screenshots once the camera phones reached the desired angles and visual elements.

As the brainchild of the Alexandrian rapper, as well Maha Hamada, the campaign manager and producer, the  campaign was launched to help artists contribute creatively while they are holed up at home.

“Artists are feeling creatively stunted and unable to pursue their passions and careers due to the lockdown,” Hamada told SceneNoise. “This project provided a good opportunity for them to get their creativity going again.”

The music video, set for release on Thursday April 16th, is directed by Eyad Morsi and produced by Hamada and O Films production house.  In the meantime, the single is now available on Anghami.