The Alexandrian band were chosen ahead of tens of acts from around the Middle East. 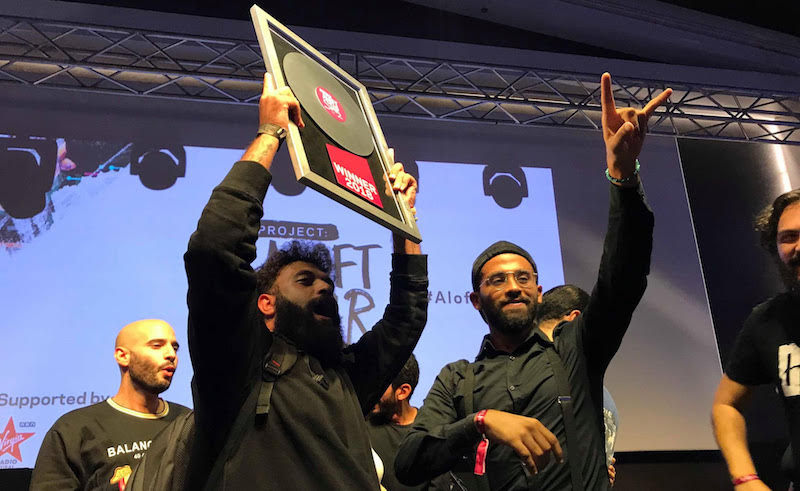 On November 6th, the grand finale of Aloft Star UAE competition crowned Egyptian band, Al Mena, as the winner, marking what could very well be the start of an exciting journey for the band’s members Youssef Nour, Adham El-Habashy, Mohamed Affara, John G. Sadek, Ahmed Abd Elrasol and Omar Aly Abdou, who will now get the opportunity to work with Universal Group MENA.

The contest, held in Dubai, was launched on September 18th as a collaboration between Aloft Hotels, a hotel chain and brand for music lovers and music makers, and Universal Group MENA. Until October 6th, musicians from all over the Middle East had the opportunity to upload one original song through Aloft Star's platform, of which four overall finalists were chosen Molham (Saudi Arabia), Jay Abo and Fafa (UAE) were announced alongside eventual winner, Al Mena. Among all the aspiring artists that entered the contest, a pre-selection by a panel of judges from Universal, Virgin Radio 104.4 and Anghami took place, before the final four were handed over to a public vote.

In order to prepare for the big live finale on November 6th, the competitors received mentoring Lebanese singer-songwriter, Anthony Touma, radio host and music blogger, Big Hass, UAE-based DJ and producer, Shaun Warner, as well as artist, Mark Shakedown, who's responsible for label relations at streaming service Anghami. There was plenty at stake for the finalists, with the winners set to record a single at the legendary Abbey Road Studios in London, undertake a mentoring programme with Universal's executives and producers to select the song that will be recorded, a worldwide digital release of the track and a professional music video shot at the Aloft City Centre Deira in buzzing Dubai itself.

While they might have only made a mark on the gig circuit in Cairo within the last year, Al Mena, who hail from Alexandria, have quickly found a following for its fusion of traditional Egyptian music and international music influences from genres like jazz, hip hop, reggae and blues.