The British-Egyptian rapper brings her girl gang to the Belfast Botanic Gardens for a smooth music video. 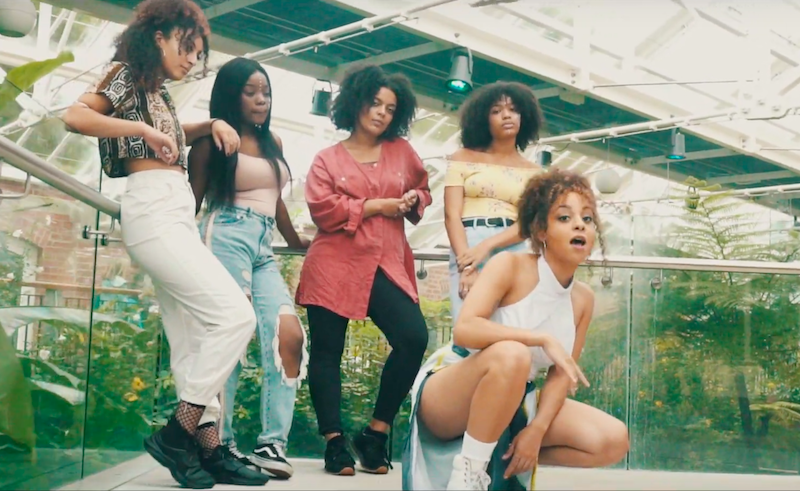 As announced in our feature on the Belfast-based artist back in November 2018, Dena Anuk$a has now released a music video to her single “My G”. The clip was directed by Ricky Tsang and perfectly matches the laid back vibes and the signature neo-soul style of the musician, who is part of the Nxgen Music Group. Impressively, the track was recorded and mixed by Dena herself in her bedroom after teaching herself how to use Logic last year. A fun fact the rapper shared with us was that "My G" was actually written while she was doing leg press at the gym one day.

Originally the track was meant to be a fun song inspiring female empowerment, but then took another turn. "I remember watching the news about a rapper who was shot in London and how negatively they portrayed him, so I decided to add that rap part about MCs in the second verse" she explains the meaning behind the second verse in which she states "So step to me I'll crush any MCs in my views, They're tryna crush every MC on the news, Little dark youth with guns and zoots, They wanna make green seem evil to you."

Situated in the Belfast Botanic Garden, the shot simply presents Dena and her very well-dressed girlfriends chilling between plants spiced up in warm lightning and some retro-vibes. The calm simplicity of the video goes hand in hand with the laid-back rap flow and vivid beats of the track itself. Luckily we can already look forward for more to come by the rapper with Egyptian roots - the release of an EP is scheduled for next month.