Invoking the pressures, expectations, and judgements placed on the youth by older generations, Wegz isn't afraid to dive into very personal territory.
by SceneNoise Team 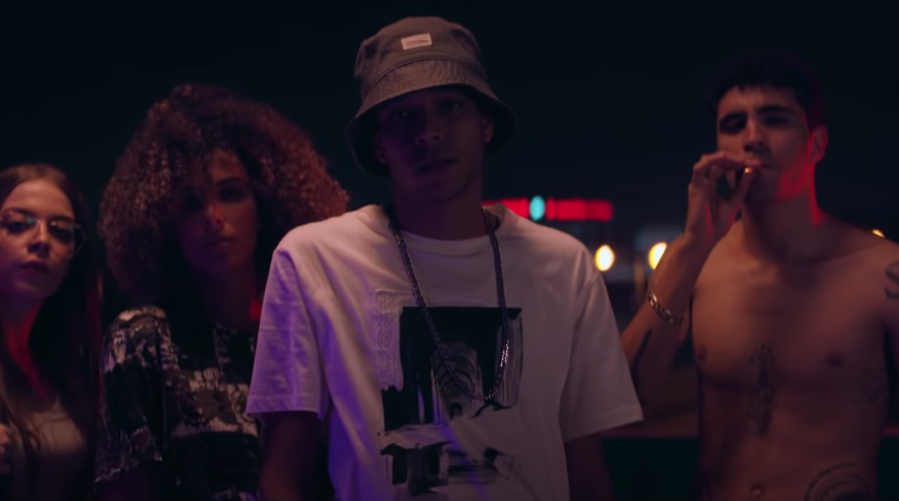 It’s been quite some time since we’ve heard Wegz get this raw on a song; with his recent efforts being focused on chart topping trap hits and high-profile film soundtracks.

Ditching the glitzy braggadocio and oversized puffer-jackets of ‘Dorak Gai’ in favor of a more street level, bucket-hat boasting aesthetic, Wegz is finally back on more grounded terms with his generation, rather than soaring above them as some unreachable rap superstar.

A triumphant dismissal of ambivalence towards the youth culture and their unshakable desire for personal and artistic expression, ‘MAn7os’ arrives in direct opposition to a rap game that constantly threatens to whisk away socially conscious rappers into celebrity status and the mass production of lowbrow, chart topping ‘bangers.’

That’s not to say that ‘Man7os’ doesn't thump hard as a rap song, Sintax’s production slaps with a deep bass, rattling trap hi-hats, and cosmically spacious synthesizers perfectly fitting to the somber and introspective subject matter.

Overall, it's a relief to see Wegz fall back into this role as a mouthpiece for the frustrations of countless Egyptian youths entangled with depression, drug use, and societal limitations, ultimately affirming that they will rise above these pressures rather than be swallowed by them.

It might be too early on in his career to really tell, but who knows? Wegz might prove himself as the voice of a generation.

Watch our episode of Rabka with Wegz