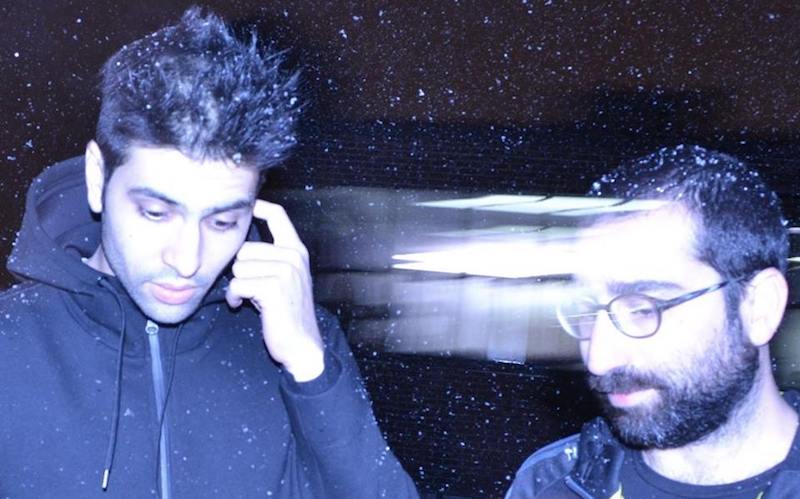 Lebanese-Canadian electro duo Wake Island consists of Philippe Manasseh on vocals and synths and Nadim Maghzal on guitar and drums. The musicians met in the early 2000s while studying in Montreal, bonding over music and their shared Levantine ancestry.

Now based in between Montreal and New York City, the band is dedicated to developing an electronic sound infused with minimal techno and '90s rock and pop aesthetic. With lyrics in three languages, Wake Island aims to bring their Arab roots into the contemporary context of their lives in North America.

Though the track "We Said Yes" was already out, last winter the duo decided to go back to Beirut to film the video, which we are happy to premier here at SceneNoise.
The idea behind the video was to capture Beirut in a nutshell; to portray the lively chaos of the city, addressing the idea that it's not possible to get perspective on a culture from observing people from either too far or too close. They stopped random people on the street and captured them up close in order to dispel the misconception that societies are made up of people who are all alike.
The result is a hallucinogenic, fast-paced trip through Beirut, via images shot from a car and delirious shots of people dancing in the street.
Follow Wake Island on Facebook, Twitter, Soundcloud and Instagram.
Related Artists:
Previous Article